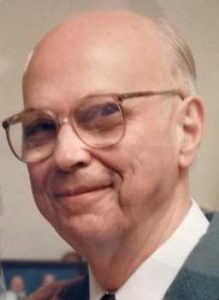 This is Father’s Day weekend and I still miss my Dad after all these years. He lost the love of his life in 1997 and went to be with her and the Lord in 2003. That was a long time for my dad.

It doesn’t take me any time at all to recall the wonderful memories of my father. In fact, all of my memories of him are wonderful. ALL. I have learned over the years how uncommon that is, and what an incredible blessing it was to grow up with loving, Godly parents.

I was taught at an early age, as early as I can recall, that Jesus Christ died on the cross to save me from my sins, giving his own life as payment in full for my trespasses. On top of that, on the third day God raised Jesus from the dead, conquering sin and death, and justifying me (and whoever would receive Him) to inherit righteousness that I (and anyone who accepts the Truth) could never attain otherwise.

For years I took for granted my blessings, thinking that everyone must have a great Dad like mine. A man who made everything okay even when it wasn’t okay. A man who prayed for me day after day even though I was a booger, and a thorn in his flesh.

But when I was still in high school, perhaps middle school, I began to get a glimpse of the amazing father he was. My Dad was far from the norm.

I feared being around some of my friend’s dads because they would get angry and display their frustrations in the harshest of ways. I was even thrown out of a buddy’s house one time by his father who was enraged about . . . something. He probably didn’t even know what he was doing, or later remember he had done it.

But I never worried about my Dad. Even when I deserved it, and there were definitely those times, he never lost his cool. I hoped for many years that I would be like him. That my legacy would be as a peacemaker, like him. That I’d be known for being the voice of reason, like him. That everyone in the room would stop what they were doing and listen when I spoke because if I had something to say, that meant it was important . . . like him.

Unfortunately, I’m not like him. That being said, simply being his son carries a power of its own. It has taught me that it’s worth aspiring to greatness even when one isn’t yet great.

Margaret Mead is attributed with the quote, “All that is needed is a few good men to change the world. Indeed, it’s all that ever has.”

My Dad, Earle Brobst, was one of those few good men. Did he change the world? Ask anyone who ever met him. Yeah . . . he changed the world . . . for good.