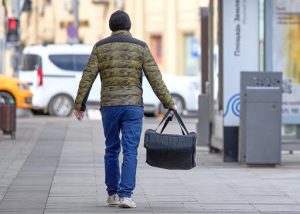 Along with COVID-19 fears, isolation, and toilet paper hoarding, we’re surrounded by negatives these days. But this week, as uncertainty swirled around us, something else was going on—something that gets very little attention, but it should, because It’s becoming a trend.

I believe strongly in supporting our local businesses when possible especially during these times, so we placed an order for our medical staff for lunch from a local restaurant. They needed a break from seeing patients, even if just a brief one. The restaurant delivered in record time, but they had our order a bit “messed up” from what we’d placed.

Instead of burgers, they delivered steaks and milkshakes for all—instead of a $20 order, it seemed like it should be $150. We called to explain to the owner that there had been a mistake, a little concerned that someone might get in trouble for delivering an expensive meal to the wrong folks. That’s when I realized they hadn’t even charged my card for the burgers.

When I made the call, the owner explained there was no mistake. In his opinion as long as we were out there seeing patients the least he could do was, in his words, “feed us proper.”

I didn’t mention the name of his restaurant because he asked me not to. He said he did it for us, not the publicity.