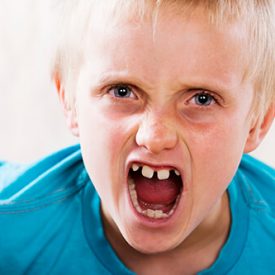 Children are a blessing—no doubt about it. But as parents, raising kids can be overwhelming. Failure to step up and do the right thing means the consequences will be born by society. But what’s the right thing?

A young mom brought her son, Billy to my office with a sore throat. When the nurse tried to swab his tonsils to test for strep, he kicked her hard enough to take her breath—mom said nothing.

The nurse left the room and approached me in tears. I assured her that she had done nothing wrong and was not to go back into the room—I would take care of it myself. I won’t expose my nurses to abuse.

When I entered the room, Billy had a scowl on his face—mom sat meekly in the corner. He snapped at me, “You’re not going to touch me!” I looked at mom—she was lost, and this kid was in charge. He had been in charge for a long time.

I turned back to Billy—“Who are you?” I asked. This time he had an angry, confused expression—he gritted his teeth. “Billy,” he grunted.

“Yeah, I know your name, but who are you? More importantly, Billy—who do you think you are?” He shrugged his shoulders. “Well if you don’t know who you are, let me tell you who I am. I’m the doctor that is going to find out why you’re sick. I will touch you when I want to. I will do whatever I have to, to find out what’s wrong and treat you for it. Because here in this office, Billy—I’m in charge.”

At first he was speechless, then turned to his mother in the corner. “Billy, don’t look at your mom—she won’t stop me. She won’t stop me because she wants you to get better. That’s why you’re here—because she’s worried about you. If she loves you, she will let me do my job.” I had to make certain she wouldn’t fold to his antics.

She sank into her chair a little, and nodded her head. Billy looked back at me. “You want to get out of here? Tell me what’s wrong and lets get you better. Got it?” He nodded his head slowly.

I turned to his mom as I kept talking to Billy. “Just like I’m in charge here in my office, your mom is in charge at home, and everywhere else—not you. You will never be in charge of your mom—understand?” He slumped back against the exam table—no response. “Billy?” He sat up straight again and said, “Yes, sir.”

There it was—he knew what he was supposed to say because he had been raised with proper manners, but somewhere along the way his will took over when his parents didn’t hold him accountable. That isn’t as simple as I make it sound. Some children push the boundaries for various reasons, some of which can be severely traumatic. Many times in my practice I’ve seen misbehavior countered with punishment.

There are important differences between punishment, discipline and consequences. If I discipline myself to drive safely at the posted speed limit, the consequence is that I arrive home safely. If I speed, I may shave a few minutes off my time, but I may not. If I leave the driving properly discipline behind and step on the gas, an officer of the law may pull me over. What follows is a punishment for what I’ve done.

Prisons in the United States are overcrowded with inmates, many of whom never make it back into society in a better state than when they were incarcerated. According to the National Institute of Justice, the longer the prison sentence, the less effective it becomes in deterring that individual to commit more crimes when released. To state it plainly, punishment doesn’t work in society. Consequences do.

I am a firm believer in boundaries throughout life, and boundaries for kids are extremely important. Establishing and enforcing the proper boundaries for children will shape their character and prepare them for life. Those boundaries are not the same for each child, because no two children are alike. How do boundaries and consequences work together? In most cases it’s necessary to teach your child the difference. Throwing a temper tantrum results in consequences. Biting another child also has consequences. Once the child knows that you’re not trying to hurt him/her, and that they can trust you (because you aren’t the bad guy), they slowly realize the consequences they receive are directly under their control. They can choose pleasant results.

Here is where the discipline comes in. If you want to instill characteristics of discipline and a proper understanding of consequences, it takes time. That’s the hardest part. But it does pay off eventually. Again, punishment may feel good to us in that moment of anger, but it doesn’t work. Unfortunately that has been proven.

I don’t want to imply for a moment that you should never spank your child. Sometimes it’s the only thing that gets their attention, especially if it’s the consequence they avoid at all costs.

Raising kids, especially difficult ones is not an easy task, but it has been entrusted to us by God. It will be exhausting, but there is no greater calling than to parent responsibly. Don’t leave it up to society to train your children in the way he or she should go—you may not like the outcome.

One book that outlines establishing proper boundaries for children is Dare To Discipline by James Dobson. I recommend it highly.

Question: Do you have tips for parenting that may help others?