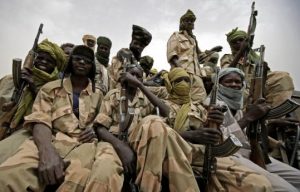 South Sudan’s battleground continues to claim casualties among women and children as well as the men.

Friends whom I love dearly are missing. Some have fled to other countries, but I fear the worst for many. I had been hopeful that calmer minds would prevail and the fighting among their own people would end, but I’m sorry to say that is not the case.

Last week I was privileged to provide medical care with an incredible team of young professionals to many South Sudanese refugees. Every story revealed a harsh reality—the killing, the suffering, the starvation of their families who weren’t able to get out has resulted in a human massacre.

“See what you’ve done, Doctor? This, after only fifteen hours of exposure.” Quinn squeezed harder on Manning’s shoulders, radiating pain across his back and chest. Manning imagined Quinn could crush him with his grip alone. “Tell me how your work is coming now. Is your experiment a success?” Quinn pushed Manning into the room with such force that he fell to the dirt floor.

Sudan’s plight and people are the reasons I wrote The Ghost of Africa. It takes place in the center of the battleground we are experiencing today.

Dr. Paul Branson must find within himself the strength to accomplish the impossible. He must escape a fortified compound with a little girl to save her life. But there is more. He must also battle a warlord intent on stopping him before Branson can reach the authorities.

The places in the book are real. Many of the people are real. When I wrote this book I hoped the current state of events would never take place. But indeed, they are upon us.