Assault With A Deadly Weapon 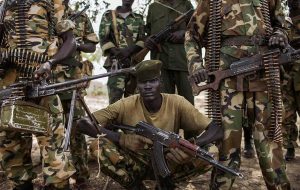 As the LRA rebels closed in on Dr. Paul Branson, he knew he must do what he could to save the bed-ridden woman trapped in the mud hut. Her wounds from surgery prevented her from defending herself, or even moving from the bed.

With bullets flying in all directions, Branson dove into the tiny building, carrying the woman to the thickest wall of the structure and shielding her with his own body.

Although the mud walls provided substantial protection, even from assault rifle rounds, there was a limit to their ability to withstand constant gunfire pounding at the surface, weakening the primitive building bits at a time.

The next bullet seemed to bore through the damaged wall in slow motion amid a cloud of dirt and debris. It splintered through the table and pierced Paul’s left upper chest, slamming him against Adanna.

Searing pain exploded through his body as the bullet embedded itself deep inside. Paul struggled to inhale, but the air wouldn’t come. He opened his mouth, but he couldn’t speak—couldn’t breathe. His strength abandoned him as if it were being poured out on the floor. As the room darkened, he turned to the door, rolled to his side, and was still.

Finally, a round breached the deteriorating wall, finding its way through.

Paul Branson’s time on earth was spent helping others, even after losing his own wife to cancer. Would this be the end, or just the beginning?

The Ghost of Africa is on sale on Amazon today.