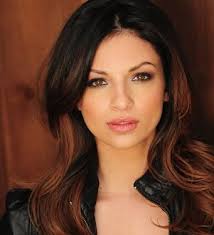 Dr. Paul Branson tried everything in his power to help thousands who needed him. Never did he expect to have feelings for another woman. He still loved Nicki, the wife he lost to cancer. How could his heart stir for someone else?

He was in Africa to help others, to make a difference. Not to fall in love. That part of his life was over–he was certain of that–or wasn’t he?

It didn’t seem to matter now though. Yesterday he believed God was leading him on a path that would help everyone–change everything. Now he was a prisoner again.

As Paul knelt on the ground bound to the flagpole, his eyes widened when he glanced at the last vehicle. Hanna stared at him from the back with tears streaming down her face. Paul watched her until they were out of sight. His heart ached for her. He wanted to run after her and tell her. Seconds later the quiet of the compound returned. Losing it all hadn’t been the plan. Nothing could be done now, and she’d never know.

Would he ever have the chance to tell her? He should have, but until that moment, it hadn’t registered in his heart—only his mind. What would happen next would shock everyone, especially Branson.

Read The Ghost of Africa from Amazon today.