Jessica Branson — Daughter in The Ghost of Africa 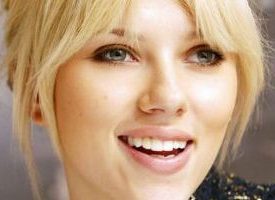 Jessica Branson is the beautiful, blond daughter of Dr. Paul Branson. With hazel eyes like her mother’s and the spunk of her father, she’s more than capable of handling herself in any situation.

Although she would love to be in Africa with her father after the loss of her mother, Jessica remains in New York City to begin classes at Columbia Law School.

When Jessica is faced with the reality that her father has a secret past, and CNN makes his disappearance public, she must suddenly deal with the possibility that he’s never coming home – a fear she has attempted to suppress. The actress I most often picture for Jessica is Scarlett Johansen in the photo.

An unexpected twist of fate turns her life inside out when the forces that abducted her father reach out to her as well.

The worlds of human trafficking, ethnic genocide, and geo-political takeovers underestimate Jessica from the start. She is a force with whom to be reckoned.