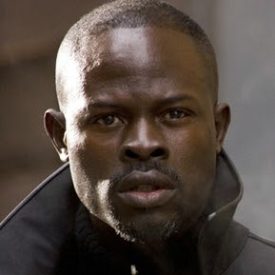 In the heart of Africa, the Lord’s Resistance Army (known as the LRA) has been empowered by North Sudanese political forces to oppress certain people groups it finds undesirable.

Joseph Kony, the man in charge of this violent militia, is considered to be a mastermind of strategy for the purpose of systematically raiding village after village, and eluding authorities by travelling between Sudan, Uganda, and the Congo. Even with the aid of the U.S. and other countries, Kony remains at large.

In The Ghost of Africa, the man in charge of that branch of the LRA is Jason Quinn. He is evil at heart and kills for pleasure, much like his real life counterpart.

Known throughout the region for severing arms from men, raping women and young girls, kidnapping boys to make them murderous soldiers, and stealing whatever they can get their hands on, the LRA is feared by all for good reason.

Quinn waited until all was quiet. “I need the formula now.” He squatted in front of Paul and spoke with eerie calmness. “Branson, this is my dream you’re playing with. So please understand me: I’m not threatening to kill Jessica. I am promising a fate for your beautiful daughter that will be much, much worse than dying . . . for years . . . and years . . . and years. She’ll beg for death, and it will elude her. She’ll pray for help, and God—yours and mine—will abandon her. She’ll curse this day and hate you for the rest of her life. You need to believe me, because I’ll do it. Now, what will it be, Dr. Branson?”

When Quinn sees Dr. Paul Branson’s determination and strength while being held captive, it begins to take a toll on his own spirit. His jealousy and hatred for Branson grows, and Quinn becomes determined to get what he needs from Branson before destroying him.

Although this story is fiction, the close association to real people and real events mustn’t be missed. Life in Sudan is a daily battle, and Quinn makes certain that remains the case.

The actor whose appearance most closely reminds me of Jason Quinn is Djimon Hounsou pictured above who has starred in many movies as the pursuer, including The Island and Furious 7.

The Ghost of Africa is on sale at Amazon.