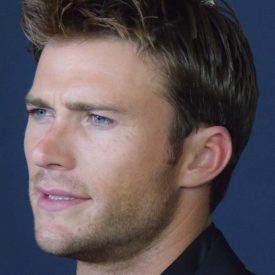 As the action unfolds in The Ghost of Africa, U.S. Army Special Forces become involved to prevent an international incident and save Dr. Paul Branson from certain death.

Jake, the commanding officer, is in charge of the Special Forces branch that embarks on a Certain Jeopardy Situation to accomplish their mission. There is much more at stake than one doctor’s life as an international incident hangs in the balance.

Only five years older than Paul’s daughter, Jessica, Jake is unbeatable when it comes to hand-to-hand combat. As a weapons and explosives specialist, he’s far ahead of the other men on his team. But his ability to command is the key to his incredible success. His men would follow him anywhere.

Jake jumped out and covered Gage with his body while Murdock fired into the approaching men. With Murdock laying a trail of high-caliber rounds from the nose turret of the Black Hawk, Jake dragged Gage to the door of the jeep, and Paul pulled him inside. Automatic rounds pinged off the hood while Jake jumped back in, throttled up, and steered the jeep toward the front gate.

Leading a team of highly skilled snipers, chemical analysts, weapons experts, and pilots capable of flying anything anywhere, Jake also has the rare ability to see through to the heart of the mission.

Is there love in Jake’s future? Is he the man for Paul’s daughter, or will he lay his life on the line once too often?

The incredibly talented actor who reminded me of what Jake would be like is Scott Eastwood pictured above.