How a Man Loses His Soul 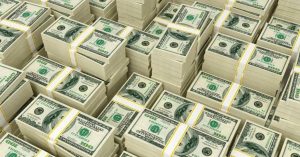 One of the more grizzly discoveries I’ve made over the years has been that of professionals compromising their ethics and betraying faith with which they were entrusted for the sake of personal gain.

Truly, this brings to mind the Scripture, Mark 8:36 that states, “For what does it profit a man to gain the whole world and forfeit his soul?”

In our story, one man does just that. He forfeits everything, including his soul for the promise of personal financial wealth beyond his imagination. I would love to be able to say that I’ve never seen this in real life, but that isn’t true.

“I’ve paid you a great deal of money for this formula, and you have immeasurable riches to gain from its success, Dr. Manning. You told me you could deliver it in three months—it has been six. Instead of riches, dead men surround me.”

How does one arrive at the point in life where their moral compass no longer guides them to the truth?