When I’m In Africa 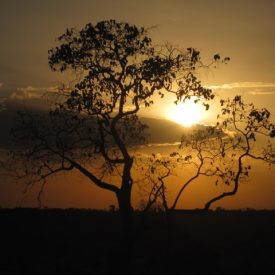 It’s difficult to imagine that there are places on this earth that live in fear every moment of every day, but it’s true.

In America we live in freedom and peace, for the most part. We get used to having those precious rights, and at times we might even feel entitled. Our eyes are blinded by what we see in front of us, and the refusal to believe there is poverty and tyranny just around the corner of the globe. But it’s there in many forms.

In the Nuba Mountains and South Sudan, more than 100,000 live as slaves, separated from other family members and held as cattle under the Sharia law from the Northern Militias.

The Lord’s Resistance Army, or LRA under the direction of Joseph Kony, brutally rapes, kidnaps and murders children by the thousands each year.

Even though the United States has sent troops to find and stop the brutal acts committed by the LRA, including the chopping off of body parts, Kony remains at large.

I’ve met some of those who have escaped the LRA reign of terror, but not many. Some are missing arms, some legs, and others their lips or eyes.

I don’t know what happens in a man’s head that causes him to lose his concern for mankind, other than Satan entering his very heart. I see no moral compass, especially when terrorist militias like the LRA attack in the name of Christ.

The people learn to love and care for each other.

In the heart of the horror, an amazing thing happens. The people learn to love and care for each other. When I’m there, they put me first—first for food, first for a place to sleep, first for water, first for safety.