The Truth About Africa 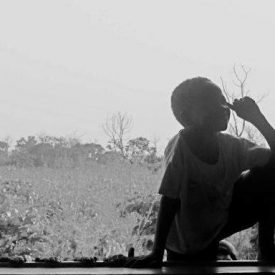 We’re headed deep into the African bush. I would appreciate your prayers.

But not for me—for them.

The poorest people I’ve ever met live here. They don’t have enough food to eat, or water to drink. They’re not even at the top of the food chain—nor are they close.

If panthers, lions, rhinos and elephants don’t kill them—the deadly black mambas may. If they survive long enough, mosquitoes carrying a rare, resistant form of malaria are a constant torment.

Regardless of their plight, they struggle through each day doing what they must to survive—ignoring the sores on their feet and legs, dysentery that depletes their bodies from essential nutrients, and the inability to keep their young alive when they’re ill.

Skin diseases, malaria, and insects comprise a significant aspect of their constant battle to live. Sand parasites infest their skin, while others in the water grow from the inside—some do both. Quite often—they kill.

In the midst of this, they are a joyful, exuberant people who will give anything they have to those in need.

The heat during the day is 115 – 120 degrees, but at night drops to a nice cool of 95. There is no rain when it is desperately needed, but torrential, deadly flooding occurs when the skies open.

In the midst of this, they are a joyful, exuberant people who will give anything they have to those in need.

When we arrive, they are excited for us to come and welcome us with open arms. They wait in the heat for many hours, sometimes all day, for their turn to be seen for medical issues of all kinds.

Of all killers of African men, women and children, there is one more deadly than any other. It is feared by all, stalking with intelligence, preying selectively on children, and thriving by torturing its victims before killing them.

There is no tracking it, no trapping it, and no stopping it. It feeds on fear and thrives on conquest. This predator is man—nothing comes close to his destructive power over his own kind.

Not only have civil wars taken their toll over the years, accounting for millions of lost lives—but predators like Joseph Kony with the Lord’s Resistance Army (LRA) continue to prey upon the weak and indefensible, raping young girls and abducting young boys away from their families to become child soldiers in his twisted renegade army.

So pray for them—for their deliverance, for peace, for freedom, and for them to know Jesus Christ died for them. After all, that’s why we go—to tell them about Him, and show them His love.

My newest fiction novel, The Ghost of Africa, takes place in this region. It will be released by Waterfall/Amazon Press on April 26, 2016. 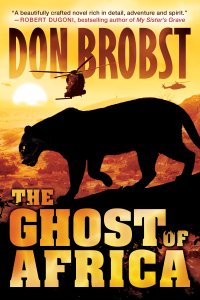