The Story Behind The Ghost 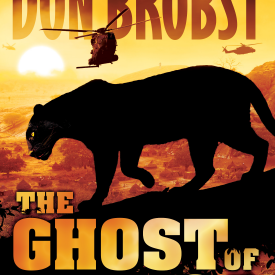 In two days, Amazon/Waterfall Press will release my newest book, The Ghost of Africa.

I have been waiting for this for quite some time for several reasons. There is a story in Africa that must be told. It’s the story of the helpless women, the suffering children, the agony of death and loss, all of which are caused by man.

In the heart of Africa, Sudan suffers at the hands of the Lord’s Resistance Army (LRA) that plagues the people and threatens to rape, kill, and maim.

As if that were not horrible enough, they also kidnap young boys and turn them into killing machines, not understanding the value of life or family.

In the center of this horror, despite the humanitarian efforts of others, the suffering continues to this day.

The Ghost of Africa takes place in this region, among these people, as the LRA threatens to tear apart the world of peace-loving people for personal gain.

I have seen the horror first-hand. I’ve felt the devastation. But I return home wishing I could have done more each time.

In a world where terror reigns, poverty abounds, and suffering is the norm, the most important thing we can do is show up.

In a world where terror reigns, poverty abounds, and suffering is the norm, the most important thing we can do is show up. Everything else is second to that. First, we have to go. Then we can make a difference.

In The Ghost of Africa, New York City surgeon Paul Branson and his wife, Nicki, had a dream: to help the people of the African bush. After Nicki’s untimely death, Paul decides to honor her memory and carry on alone. In South Sudan, he channels grief into hope, caring for villagers and working to save Leza, a little girl with leukemia who has captured his heart.

Meanwhile, Jason Quinn, terrorist leader of the Lord’s Resistance Army, the LRA, has deadly plans for the people of South Sudan. But he needs information to carry out his plot — information from research Paul did for the US government years ago. Quinn will stop at nothing to obtain this secret intelligence, even kidnap a dying child. Now, in order to save the ailing Leza and stop genocide, Paul must go beyond his medical training to journey into a world of brutal terrorism and global intrigue. With only instinct and his faith as guides, how far will he go to save the lives of thousands?

Although this may seem a stretch to some, it isn’t to those of us who have been there. It isn’t to the people who live there.

For more information, check out the book online at http://amzn.to/1S1ygmm.