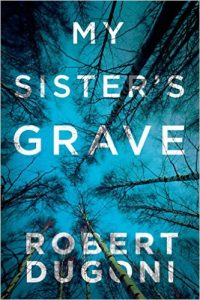 Robert Dugoni, author and New York Times best selling author of My Sister’s Grave, as well as many other novels, is one of the most talented authors and valuable mentors I have ever known.

Robert possesses the ability to tell an intricate tale, maintain the readers interest, and make one wish they lived inside the book even when the plot isn’t going as planned. If there’s one thing I’ve learned from Robert, it’s how to tell the story regardless of what gets in the way. The story comes first.

In a similar, but quite different perspective, My Sister’s Grave brings to mind the graves of Africa I have come to detest—graves the government wants us to forget about, even though they continue to grow in number.

In my newest novel, The Ghost of Africa, I explore a “what if” scenario where a militant tyrant gains control over a large region of his own people in Africa. This plot comes after years of experience working among the people of Sudan, treating their illnesses while men in the LRA, The Lord’s Resistance Army, murder, rape and maim men, women and children in the name of God.

Due to the corrupt Sudanese government, many are dying at the hands of corrupt men like Joseph Kony and president Omar al-Bashir—men intent on carrying out their own agenda’s for personal gain without regard for the lives of their own people.

After hours, months, and years of sleepless nights of writing, The Ghost of Africa will keep you on the edge of your seat until you’ve read the last line. 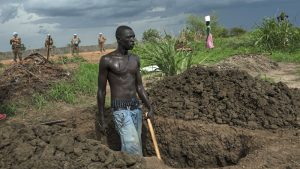 The Ghost of Africa examines one possible scenario and how the world (including the United States) might deal with potential fallout and carnage as one man stands in the gap and relies on his faith to carry him through to defeat an impossible foe.

After hours, months, and years of sleepless nights of writing, The Ghost of Africa will keep you on the edge of your seat until you’ve read the last line. It was my goal to be certain this story was accurate and true to the villagers I’ve grown to know and love, the chiefs I respect, the military of whom I am in awe, and the dire circumstances surrounding the region. I believe that I have accomplished my task. No shortcuts were taken and no compromises were made. This story is as true to life as fiction will allow.

If you have not read My Sister’s Grave by Robert Dugoni, you must. I am extremely proud to call him my friend. Please read The Ghost of Africa. Robert has written the endorsement on the front cover, and he does not do so blithely.

My Sister’s Grave, followed by Her Final Breath are must-reads. Also, please read The Ghost of Africa and leave comments and reviews for all. You can’t imagine how important that is to an author.

I promise that for suspense, thriller, mystery, action books, you will love them all. You can order online today for immediate shipping or delivery at:

The Ghost of Africa