Michael—For the Love of God 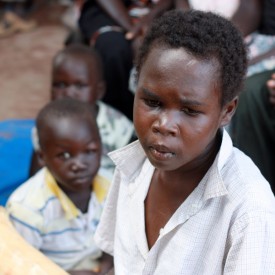 Michael, a 12-year-old boy with a learning disability and cerebral palsy, was looked down upon by his family members and abandoned.

It was difficult enough living in the African bush without having to take care of a child the required constant attention. Michael was loved nonetheless. Not by his family, but by strangers.

When his parents took Michael into the African bush a mile from his village, they knew he had no hope of survival or returning to the village. He was for all intents and purposes discarded as worthless.

But when a poor, needy family found him almost dead from dehydration and malnutrition, they gathered him up and carried him to their own home, a village almost 10 miles away.

As we set up our clinic under the grass-roofed lead to, this loving family brought Michael to see us. He had malaria, dysentery, typhoid, dehydration and malnutrition. We provided the medications he needed to treat his urgent medical conditions, and rehydrated him with IV fluids over an eight-hour period.

At the end of the day, Michael was a new person. He still had cerebral palsy and still suffered from his learning disability, but he had life in his eyes once again.

I learned a lesson that day. How often do I look past a person instead of seeing them? I know it’s not right as a doctor or Christian, but it happens and I don’t like it. But a poor, needy, desolate family. Dying young boy 10 miles just because. 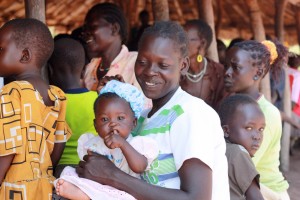 Michael came to visit us each time we returned to his village every six months. Each time we cared for minor medical needs, which included several courses of treatment for malaria and ongoing treatment for dysentery because of where he lived and what he had to eat.

A year ago when I visited the village no one carried Michael to the front of the line and set him at my feet as they had so many times before. I scanned the crowd with my eyes expecting any moment to see his face — his white teeth shining in the sun from a grin that no one could contain. But his smile was nowhere to be found. I assumed briefly that he wasn’t ill, and for that reason his adoptive parents had no need for me to care for him.

Shortly after noon that day Michael’s adoptive family approached me. The woman who cared for him as a mother had tears streaming down her face as she explained to me that Michael passed away only one week before we arrived.

She went on to say that Michael’s joy never waned, that his belief in God never faltered, and that his love for me, the doctor from America, never wavered. As he cried she comforted me when she said,

“Michael always told us that you treated him like every other patient in the clinic. You didn’t act like he was stupid—instead you talked to him. You didn’t ignore him like he couldn’t understand you—you spoke to him as a normal person. You never implied that his value was less in the eyes of God because of his disability. Instead, you loved him and cared for him as if he mattered. When Michael died he was excited because he was going to have a normal body and a normal mind in heaven.”

Sometimes, in my pride, I get to thinking that I’m the one who’s doing a good. Then God sends me someone like Michael, and rocks my world.