I Met The Enemy—They Are My Friends 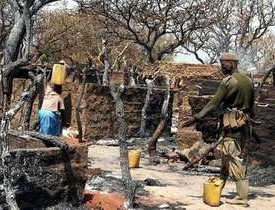 Leaving late the evening before allowed us to reach our location under the darkness of the night sky, which was preferable. Quietly and quickly, our counterparts on the ground helped us unload our duffels filled with medications for the clinics. Within minutes we were in the safe house, and the Land Rover was parked far away.

The blackout curtains kept onlookers from seeing inside, but there were no lights anyway. It would be dawn in three hours, and we might be able to grab a bit of shuteye before then—if we were lucky.

Potential rewards offset the risks of what we were doing. The enemy didn’t want us in their country, but tolerated our presence because we were there to help, and we’d proven that by our actions over and over.

Several hours later, we piled into a transport vehicle and made our way to location zero—our first outpost clinic where we would see as many of the poor and needy as we could before nightfall. Duffle after duffle filled with medications were unloaded to the small, cinderblock hut, covered with discarded corrugated steel sheets that someone had found in a trash pile. The floor was dirt.

Parents brought their children that we might possibly offer some ray of hope—some form of help where they otherwise had none.

Our heartstrings were torn again and again as we tried our best to make a difference, but the line of hurting refugees never ended. They saw our discouragement in not being able to continue into the night. But instead of being angry with us, instead of begging us to see just a few more, they pooled their scant resources and prepared us some food.

The trip back to the bungalow, driving with no headlights in the dark on a dirt road through the African bush, I knew we’d done some good, but there was so much more that must be done. We would go back. Over and over, we would go back. We had to. We just couldn’t stop.