The Forgotten People of Odo 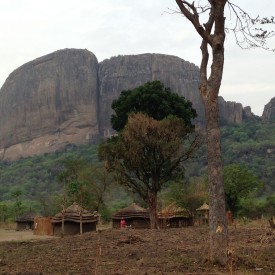 The quaint village was nestled at the foot of Mount Odo—a sheer rock face mountain on Juba Highway that we passed every day on our way to other areas.

On this particular day, our Jeep broke down, stranding us in front of the village. Normally this wouldn’t be anything to concern us, but nightfall was three hours away, and we had a broken transaxle.

For safety reasons, since many large trucks travel the Juba Highway, and because the temperature was 115°, we exited the vehicle while our driver worked on the Jeep, trying to make repairs.

After 15 minutes, one of the village elders came to greet us, and warn us that we were in black mamba territory. Understanding that the black mamba snake is one of the deadliest in Africa, growing to 10 feet in length and capable of traveling at 15 mph, we took this gentleman seriously.

The elder’s name was Multaka, and he invited us to come to the village where we would be safer. Because I was dressed in scrubs, Multaka asked if I was a doctor. When I informed him that I was he asked if I would be willing to see several sick children in their village. I was happy to help and grabbed my backpack.

When I entered the village down the narrow footpath, many came to greet me along with the nurses that accompanied me. One of the young boys from the settlement knelt at my feet and brushed the dust from my shoes with a fistful of grass he’d gathered.

Multaka led me to a small mud hut with a grass-thatched roof. When I went inside there were three children lying on sheets on the dirt floor. I examined them and found two to have malaria, with the third suffering from a common problem of the region known as leishmaniasis. I was thankful that I had medication for each of their conditions, but that’s not where it ended. As I stood to leave, I noticed that a crowd had gathered outside, hoping that someone could ease their suffering.

One by one they came inside and I did what I could. 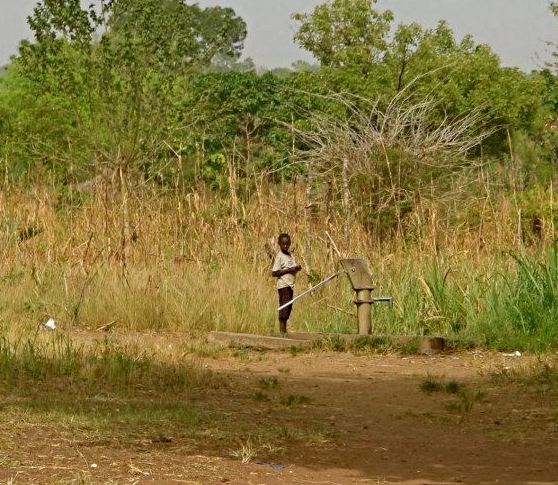 One by one they came inside and I did what I could. As is always the case I was unable to see everyone before our new truck arrived to pick us up and take us to base camp. These wonderful people insisted on feeding us with their meager supply of food, and although we hated eating the nourishment they desperately needed, the insult of refusing to accept their meal would have been much worse.

This tiny village that I had passed so many times over the years needed our help and God made it happen. When the transaxle broke I recall vividly being upset that we were being detained by a mechanical failure. Instead, I wish I had seen in that moment what it was — a God ordained appointment to a forgotten people.

They were forgotten by man, but not by God.