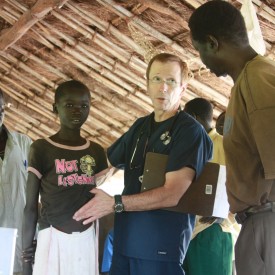 Although I tend to venture quite often to areas of the world where the U. S. Government has banned American travel, how does that fit into my belief system?

In other words, can I postpone travel to an area that desperately needs medical care because my government says I shouldn’t go? To be more specific, the U. S. Government Department of Homeland Security states that: citizens should avoid travel to certain specified areas due to the continued threat of kidnapping and execution of Westerners. Since the United States Embassy’s ability to provide services outside of (a specific area) are extremely limited, travel is strongly advised against.

In other words, if you’re kidnapped in one of these areas, the United States will disavow any knowledge of your actions. Our current White House administration is lead by men and women who are more concerned about political correctness than protecting their own. If you doubt me, take a look at the Benghazi transcripts. Don’t take my word for it, or anyone else’s—read the transcripts. Bottom line . . . you’re on your own.

With that backdrop, the past week has been filled with providing aid to Syrian refugees, national refugees, militants, radical extremists, and enemies of every state and country on the planet in a region where we are not supposed to be present.

Take a stand and take action, get involved, abandon your comfort zone forever…

In the midst of my own concerns and fears, I found an incredible truth—the people we believe to be our enemies, are our friends.

I’m not saying that we should open our borders to everyone who desires to enter without proper vetting, which is not an easy task. If we do what the current White House administration would like to do, we will use tax dollars to import ISIS into the midst of society in ranks that will overwhelm our ability to respond. No thinking person would deny this. We cannot prevent them from infiltrating our society if we do what Barack Obama has proposed. 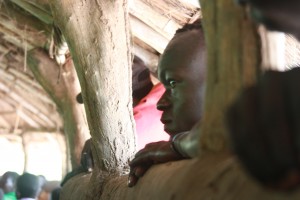 That being said, do we ignore the plight of these refugees? I can’t . . . not any longer. They need us. They need help, and although I have encountered members of the radical regimes, the actual citizens are not our enemies.

Due diligence is a term that is recognized by every successful business in the international community. It is practical, imperative, complicated and time consuming. But regardless of its shortcomings, it is absolutely essential.

Unfortunately in our western society, we have come to believe that taking actions without due diligence is the norm, as is attempting to mitigate the problems that this causes after the fact. In other words, we have become a society that is reactive instead of proactive.

The solution is simple . . . not easy, but simple. Take a stand and take action, get involved, abandon your comfort zone forever, travel to forsaken regions to help others if God calls you to do so, allow God to stretch your faith and use you where no one else is willing to go. That’s a start. Just do it.