OBAMA CARE WARNING — IT MAY BE HAZARDOUS TO YOUR HEALTH

Last Monday I wrote an article on Obama Care. 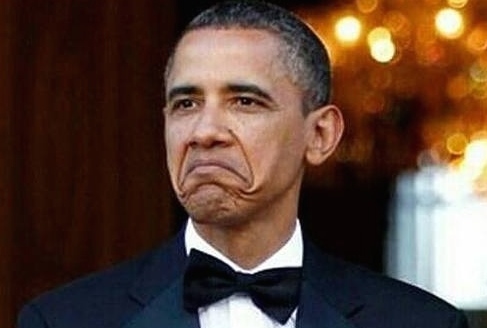 The response was impressive, however some of them negative. It’s not surprising considering the highly emotional topic of healthcare. What did surprise me, however, was a number of individuals who contacted my personal email to voice their negative opinions regarding the article.

Apparently I was not clear in what I was stating. So let me be crystal clear. I am a physician practicing medicine in the real world, not the Obama world, every day. I see necessary studies such as CT’s and MRI’s declined by Obama Care insurance policies without regard for the true impact this has on my patients.

I don’t necessarily believe that Mr. Obama is evil, but I do not think he has a proper grasp on the health care needs or the health care system in United States of America.

For example, according to Mr. Barack Obama’s own statements, tens of thousands of CT scans are performed each year that are “unnecessary.” He bases this, however, on the fact that many of those CT scans are negative. In other words, the scans that are necessary are the ones that are positive.

Looking at this from a practical standpoint, consider the man or woman who has experienced a motor vehicle accident with significant head trauma. After physical exam the physician is concerned because of disturbances in vision and a questionable, or confirmed loss of consciousness. In order to determine that a life-threatening condition has not occurred where bleeding between the brain and the skull can have permanent or fatal results, a CT scan is performed. This is the standard of care — up until Mr. Obama began making medical decisions with his infinite knowledge of anatomical conditions.

I noted above that I would make myself clear, and here’s my point. The standard of care has been breached by the current administration, and your access to medical care is in jeopardy. I have not heard this from anyone. It is what I see in my private practice, and it impacts my patients in my ability to practice medicine.

I suppose the next step in cutting costs in the field of medicine is to do away with expensive studies altogether, unless of course, you are the president, a member of Congress, a member of the Senate, a member of the Supreme Court judicial system, over 1200 corporations and unions, or you had medical expenses you couldn’t pay in the last 24 months.

Unfortunately there are so many more exemptions I cannot list them all, but the iniquity is clear. Whomever can further Mr. Obama’s agenda gets a break. Whomever cannot, will pay with their health, perhaps their lives. Socialized medicine is here.

In my past articles regarding Obama Care and the debacle of health care reform, I made certain predictions, all of which have come true. My next article, which is absolutely necessary, will focus on the impact of Barack Obama’s health care reform on free enterprise and the global effect that’s coming.