WHAT WOMEN REALLY WANT IN A MAN

Transient commitment — It’s a fresh term for our society, and a new moral low. This is not what women want, and for good reason–it isn’t Scriptural. 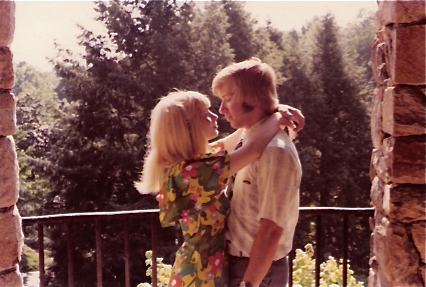 Commitment is so permanent that civilized man has devised a concept that would pretend to embody integrity, but in reality, doesn’t. Think of it as a promise with an escape clause.

The reason I’m even distinguishing this by discussing it is that when men use this devious concept on women, it’s sin.

Transient commitment is the promise to remain faithful in a relationship as long as both partners want it. In other words, man can say he is committed and satisfy the woman’s need to hear it, even if he already has one foot out the door. After all, its transient, so by definition, it can change.

But God has called Christian men to a different standard than that of the world. We are not only to commit to our wives; we are to be willing to trade our lives for theirs. That isn’t transient commitment; it’s permanent faithfulness and it isn’t for pansies.

God didn’t call us to take advantage of women. We are to show the world how to care for them, love them, treat them, speak to them, and yes—open the doors for them.

When men treat their wives with respect and become examples of what men are supposed to be, a strange thing happens. They begin to become the men God calls them to be, and younger men, including teenagers, follow their example.

This isn’t a surprise to God. It’s part of the plan and He allows us to participate. Our reward on earth is more joy and fulfillment in our lives than we could ever imagine. The eternal reward is even greater.

It’s time, gentlemen. Being a Godly man is being a man indeed. Pansies need not apply, and they should stay away from the women.

And girls; if you’re on your first date and the guy can’t keeps his eyes where they should be, order the most expensive dessert on the menu, excuse yourself to the ladies room, and go catch a cab.