HOW TO CHEAT DEATH IN THE NEW YEAR

The time we have on earth is precious. We can’t purchase a single moment, cheat death, or remain young. 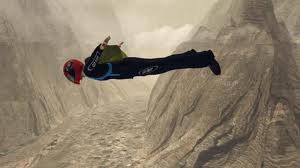 But that doesn’t mean we have no control over what happens. On the contrary, we can decide if we are going to follow Christ—a decision that will determine everything else.

In addition, we can determine how we are going to impact others. It’s one of the most important things we’ll ever do. As Christians, we’ll give an account of our lives, and our influence on those around us.

At some point, our guard will drop and we’ll make a mistake. It’s similar to telling a lie—you have to remember every detail in order to keep up the charade. Eventually, you’ll forget what you told that person, and contradict yourself into the truth–an awkward place to be.

Choosing to have a positive influence is just that—a choice. We don’t have to. If we chose not to, we have to explain to God why we didn’t and suffer the consequences.

There are some simple steps we can take to move in the right direction:

Our actions speak louder than words, and there is always someone watching. We may not notice the young girl looking at the twenty-something lady as she flirts with the guys.

We could easily miss the boy as he sees us pick up the $20 bill the guy in line in front of us dropped, and slip it into our pocket. Or the gesture we give the driver that cuts us off on the exit ramp.

Have a positive impact on others. Then you won’t have to remember what to say when God asks why you led your friends astray when you cheated on your taxes.