THE HEARTBREAK OF LOSS DURING THE HOLIDAYS

As we approach the holiday season, I’m mindful that not everyone is without pain—many are suffering. I’ve been there, and learned that people who love us—friends and family, often don’t know what to say. 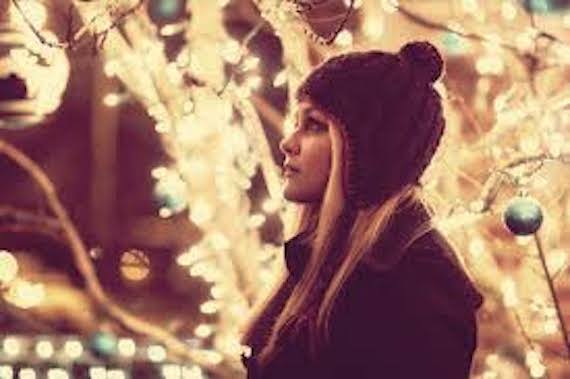 This may be your first Christmas season without your husband or wife. Or perhaps it’s the first one you’ll spend without your daughter or son. If so you may feel empty, desperate, depressed or lonely. Then you smile and say, “Merry Christmas” to a friend, and something you didn’t expect happens–you feel guilty.

Guilt under such circumstances must be qualified. Satan is telling you that you have no right to happiness–you aren’t entitled to joy. This is a lie of the highest order. It implies that there is no victory over death, but there is. The loved one we miss is already on the other side. Their perspective is now eternal, and they not only have joy, they want us to be joyful too. It doesn’t mean we don’t miss them. It doesn’t mean we don’t hurt.

Friends and family members are concerned about our wellbeing so they may try to ease our suffering by offering a well-placed verse of scripture … or something. Eventually, in an effort to break an awkward silence, someone who would never hurt us for anything may inadvertently say something that does hurt—something they never meant to say.

Even though people make mistakes, I realized it was those that really cared about me who were trying to comfort me in some way. They certainly weren’t trying to pick up a conversation to make themselves feel better.

I am reminded of Job’s friends who came to share his suffering and sat with him in silence. Job 2:12-13 records their initial reactions.

And when they saw him from a distance, they did not recognize him. And they raised their voices and wept, and they tore their robes and sprinkled dust on their heads toward heaven. And they sat with him on the ground seven days and seven nights, and no one spoke a word to him, for they saw that his suffering was very great.

There were many who came to bear my pain with me on my journey. They came even though they knew it would be difficult to sit in silence or worse—awkwardness. They took my hand as it trembled, they prayed when words failed me, they cried and held me as I sobbed, they allowed me to grieve for the woman I loved without trying to stop the pain, because they knew they couldn’t.

Many were there for me and I’m grateful. I encourage everyone to go to those who are suffering, and mourn with those who mourn, weep with those who weep as we are instructed in Romans 12:15,

Yes, it’s difficult to make your way to that person’s front door, or to meet with them for coffee, or visit them in the hospital—but it makes a difference. You may think you don’t have anything to offer—that there are others more qualified. You’re wrong. If Christ dwells in you, you have much to give. Satan will tell you otherwise—God won’t. If you say something wrong you’ll be forgiven, because those who are suffering know where your heart is.

If a voice is telling you not to comfort that brother or sister, because there are others doing it—others more capable or more spiritual, it isn’t the voice of God. On the contrary—He is not choosing you based on your level of Biblical education. If He has your obedience, He’ll handle the details. His power is made perfect in our weakness.

The holidays are difficult for many. Be there for them. Offer yourself, Christ, prayer, and tell them you love them. And if you’re the one suffering, tell someone. We’re to bear each other’s burdens—we can’t do that if we don’t know what they are.