I have been aware of something peculiar to Americans for quite some time—rudeness. I realize that this trait is not specific to our country, but it has a flare here that you won’t find elsewhere. This is especially true in marriage. 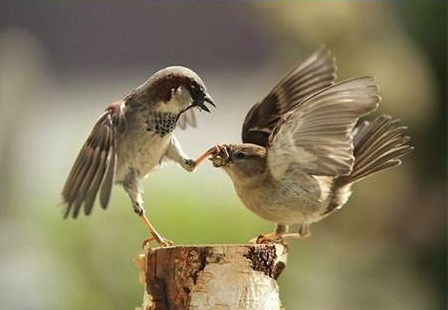 Husbands and wives who struggle with tension in their marriages slowly allow the walls of common courtesy to deteriorate. They want to be heard. They desire to feel justified, so they speak out even when it isn’t their turn.

In marriage—the one place that should be a safe harbor—if increasing the volume in order to interrupt our spouse has become the norm, it’s time to step back and re-evaluate.

Respect is important in any marriage. But if you don’t feel you’re respected, you may not offer it. The solution may be as simple as taking the first step.

I realize that’s an oversimplification. Many husbands and wives will criticize each other whenever they have the opportunity. But it’s a habit that must be broken if a marriage is to succeed.

Over-speaking to have your point heard is the ultimate display of disrespect. It says, “What I have to say is so much more important than what you have to say, I’m not even going to wait until you finish.”

Today a married couple in my office began answering the same question at the same time. Their responses were different, but they each wanted to be heard and the decibel level quickly rose. When I attempted to gain control of the conversation, they turned on me. It was a supremely stupid moment.

I held up my hand at one point to hush them, and explained the ground rules that a healthy marriage required communication and respect. As I was speaking the wife interrupted me by speaking louder.

I left the room while she talked. After several minutes the husband came out of the room and indignantly asked when I was coming back. I told him that as soon as I had a room available, I would separate the two of them and see them one at a time.

Their disrespect and false sense of self-superiority had risen to a level that began to ooze into general conversations.

One thing to remember—if we find ourselves in such a situation and are willing to admit it, we can begin to correct this behavior by the cold turkey method. We stop talking and become listeners instead.

We may be surprised at how much we learn.