The following article is by ZAINAB ABDUL AZIZ.

CAIRO, Egypt – The thin, dirty boy scowls as he accepts handouts from passersby under a blazing Egyptian sun.

“My new stepfather didn’t like having me around, so he beat me a lot,” Ahmed said as he panhandled next to a subway stop. Clearly the hunger, danger and uncertainty the 10-year-old faces on the streets is preferable to what he fled from a year ago.

Ahmed may have lost his childhood softness, but he is still achingly vulnerable. Like the estimated tens of thousands of other homeless children of Egypt’s capital, he is hungry much of the time and runs the risk of falling victim to horrific abuse, including rape.

Children like Ahmed have few defenders in a country lurching from crisis to crisis since the Arab Spring ignited revolution in the country in 2011. They are vilified for congregating in Cairo’s Tahrir Square, which served as the epicenter of protests, to beg, receive handouts, or just feel part of the demonstrations.

“The media during the revolution demonized street children, accusing them of being the ones burning police stations and looting businesses, ” said Rania Fahmy, executive director of Banati, an Egyptian charity that works for homeless girls. “They call street children ticking time bombs, carriers of disease, or a threat to society. All of that stigmatizes the children.” 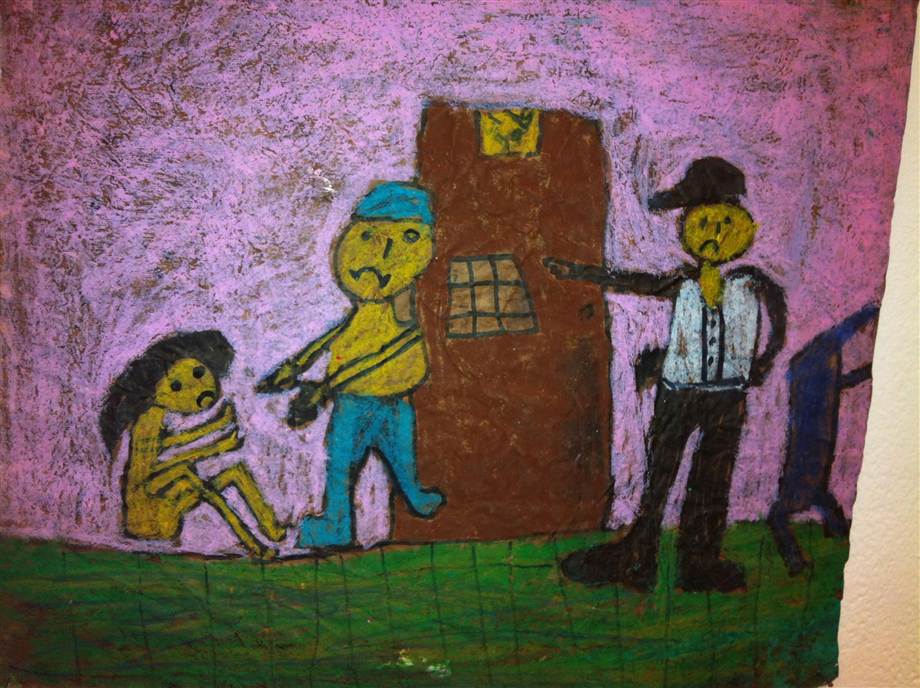 And far from protecting them, police are often themselves the abusers, children’s advocates say.

“We are working against all odds, the police and the detention centers being one of them,” Fahmy added. “They arrest girls randomly on vague charges and then subject them to violence, even sexual abuse. A slight improvement has been recorded, but the girls are still subjected to virginity testing.”

Dr. Abla El-Badry, the head of Hope Village, a charity that advocates for street kids’ rights, said many children are forced into prostitution, fall into drug addiction and become targets of physical abuse.

Because many of them lack birth certificates and cannot enroll in school, gain access to free health care and claim Egyptian citizenship, they are largely invisible in the eyes of society.

Philippe Duamelle, the United Nations Children Fund’s (UNICEF) representative in Egypt added that it is “important to remember that they are children, and if they are on the streets they are nothing else but victims.” He told NBC News: “The stigmatization of street children is something of great concern.”

Many children flock to street gangs, which itself comes with a high price tag. Some are sliced on the face with knives and body if they refuse any orders. Gang leaders prey on them, and those who are raped are often cut on the face – as a sign that they are no longer virgins, which provokes further attacks.

And if they were to return home, street kids risk suffering similar horrors, according to Fahmy. “People ask why these children leave home. My answer is always domestic abuse, but actually I call it torture. To me, this is the definition of torture.”

Most children won’t fully recover from this abuse, they will just learn to live with the scars left from it, she added.

“One of the girls said to me what you’re trying to do is weld broken pieces of an electric wire, so that if you plug it in, the light will come on. But the broken pieces are there and will remain there,” she said. 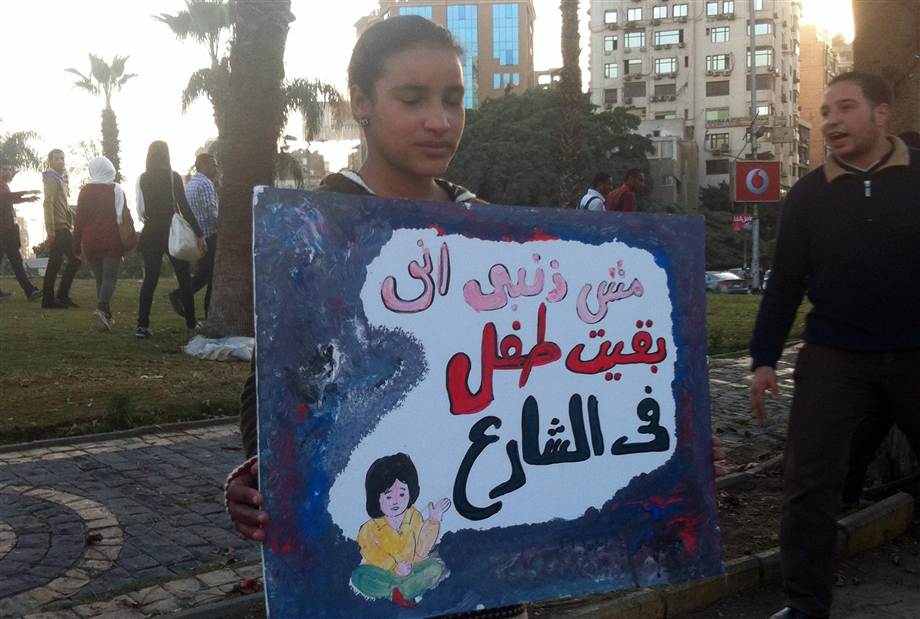 Some campaigners complain that the country’s street children have yet to receive a fraction of the attention given to women who have been victimized on the streets during the protests during and after the Arab Spring.

In June, President Abdel Fattah El-Sisi paid a televised hospital visit to a woman who was sexually assaulted by a mob in Tahrir Square, bringing her roses in an attempt to show that the government was taking the issue seriously.

“[The president]’s gesture was appreciated but incomplete. Girls inside jail are abused and it is not addressed, [it is the] same for girls living on the street,” said Fahmy. “It’s not only the women who go to demonstrations and riots being sexually abused. It’s a deep-seated problem that needs to be addressed from several angles.”

But the mood music from the top is changing, and for the first time charities have been invited to consult with the government on future projects. Egypt’s Ministry of Social Solidarity has launched a project to provide shelter, education and rehabilitation to over 1,000 homeless children.

El-Badry called this move “unprecedented.” Representatives from the ministry did not respond to NBC News’ request for information and comment.

Despite these signs of progress, real improvements to kids’ lives may not come soon enough for Ahmed, who seems to have accepted his lot on the streets.

Zainab Abdul Aziz is an associate producer with TODAY in London. She was born and raised in Cairo, Egypt, and completed her undergraduate and graduate studies in the United Kingdom.