THIRTY FIVE OBAMA CARE TAXES THAT WILL TAKE YOUR BREATH AWAY

Due to the overwhelming response I received from the Obama Care blog on Monday, I thought it appropriate to follow through with some of the questions I received on Facebook and email. 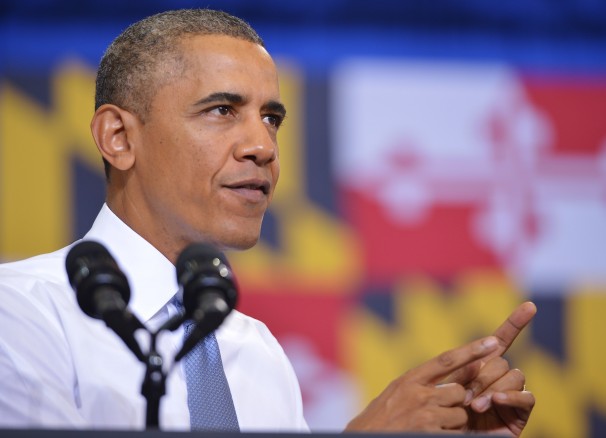 In addition to the increased deductibles and co-pays most Americans are now required to pay, many have raised the following question.

What other costs are there going to be?

Not surprisingly there are 35 significant taxes Obama Care is going to assess on you. Not may assess—is going to assess. I say you because it isn’t just the wealthy that will pay as Obama would love for you to believe—but you, regardless of your income, will be taxed.

Individual Mandate (new tax): Americans who can afford to must obtain minimum essential health coverage for 2014, get an exemption or pay a per month fee.

Employer Mandate (new tax): By 2015 large employers must insure full-time employees or pay a per employee fee. Over half of Americans get their insurance through work and the largest group of uninsured is currently the working poor. Employers will be forced to downsize. The money doesn’t just appear because Obama says it should. If employers don’t have it, they don’t have it.

• 2.3% Tax on Medical Device Manufacturers 2014 will pass to the consumer, or research and development will cease. That’s bad for everyone on the planet.

• 10% Tax on Indoor Tanning Services in 2014, if that makes any sense whatsoever, is passed on to the consumer. Are we preventing cancer? Then let’s get serious and eliminate cigarettes.

• Blue Cross/Blue Shield Tax Hike – not surprisingly. Who do you think will pay for this one? If the government doesn’t own it, it gets taxed to extinction.

• Excise Tax on Charitable Hospitals that fail to comply with the requirements of Obama Care, also known as taking control of your healthcare even though our President promised not to.

• Tax on Brand Name Drugs to may sure you get only the cheapest, not the best. Another lie from the administration.

• $500,000 Annual Executive Compensation Limit for Health Insurance Executives to assure that government that they will have the final say. What do you think would happen if Obama tried to limit the incomes of lawyers?

• Elimination of tax deduction for employer-provided retirement Rx drug coverage in coordination with Medicare Part D. Let’s make certain we keep those elderly on the edge.

• Employer Mandate on business with over 50 full-time equivalent employees to provide health insurance to full-time employees. $2000 per employee, or $3000 if employee uses tax credits to buy insurance on the exchange (marketplace). (pushed back to 2015 to avoid an economy collapse close to election time)

• Employer Reporting of Insurance on W-2 (not a tax) and not a tax benefit either. Only penalties apply

• 40% Excise Tax “Cadillac” on high-end Premium Health Insurance Plans 2018. This may take an entire blog to explain, and I will on Monday. It is truly amazing, and bad for you regardless of income level. It pertains to government control, not your wellbeing.

• An annual $63 fee levied by Obama Care on all plans (decreased each year until 2017 when pre-existing conditions are eliminated) to help pay for insurance companies covering the costs of high-risk pools. Can you imagine phasing out a fee for an expense that will never decline, and exponentially increase with time?

• Medicine Cabinet Tax of over-the-counter medicines no longer qualified as medical expenses for flexible spending accounts (FSAs), health reimbursement arrangements (HRAs), health savings accounts (HSAs), and Archer Medical Saving accounts (MSA’s). This is more insidious than it appears. This has provided essential cost savings for many over the years, but Mr. Obama doesn’t want you benefiting from programs that are not government controlled.

• Additional Tax on HSA/MSA Distributions Health savings account or an Archer medical savings account, penalties for spending money on non-qualified medical expenses. 10% to 20% in the case of a HSA and from 15% to 20% in the case of a MSA. Again, Health Savings Accounts and Medical Savings Accounts are not government controlled so they won’t be allowed.

• Individual Mandate (the tax for not purchasing insurance if you can afford it) Starting in 2014, anyone not buying “qualifying” health insurance must pay an income tax surtax at a rate of 1% or $95 in 2014 to 2.5% in 2016 on profitable income above the tax threshold. The total penalty amount cannot exceed the national average of the annual premiums of a “bronze level” health insurance plan on Obama Care exchanges. But you will still be taxed for something you won’t have and can’t afford.

On Friday we’ll look at more Obama Care taxes that deal with specialty groups including high earners, large businesses, and average Americans since you have more than others do.

You can find all of this information on Obama Care’s own website as well as others who are trying to get the information to consumers. Obama Care runs much deeper than you might think. It’s change, but it’s not change we can live with. Healthcare freedom is a thing of the past.