When people stop believing in God, they change. 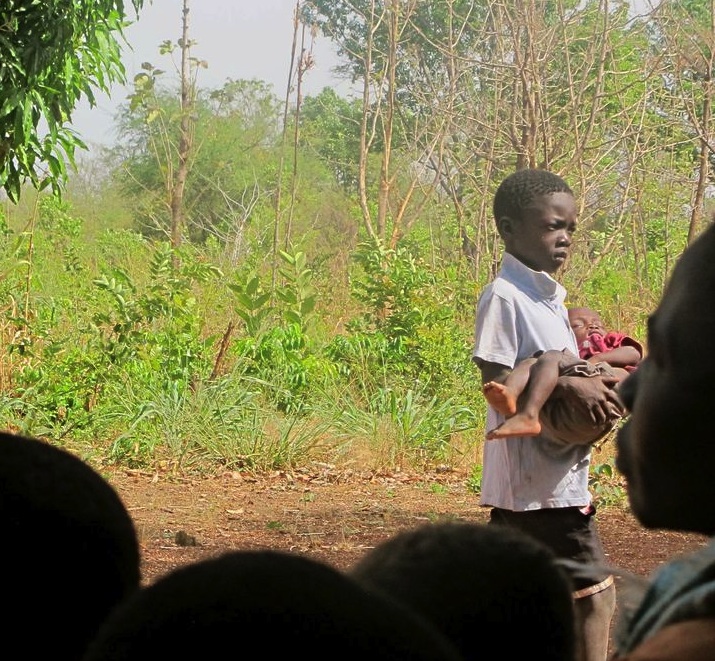 Where they used to hope, they are hopeless. Where they once had dreams and visions, they have ceased. In the midst of desolation or trial, they give up. Or even worse, they give in.

We once had a dream in this nation that we would reach out to the poor and the starving, and clothe and feed them. We dreamed of helping them learn to build meaningful lives and loving relationships.

But we give them nothing if not the Lord. It makes no difference what we do if we fail to offer His love and His Grace.

In the grand scheme of things, do we truly think that what we do here on earth matters if not for eternity?

I go on many mission trips. I am not looking for credit. It simply allows me to make an observation; I am surrounded on mission trips by girls who insist on going to the most dangerous places on earth.

They don’t go because they’re thrill-seekers or looking for meaning in life that they can’t find elsewhere. They go because God said Go.

Unfortunately I am not surrounded by the same number of guys. I don’t know why. And to be clear, there are many men with whom I have travelled to foreign nations over the years. Men who go for all the right reasons, serving God and obeying what He has called us to do.

I won’t mention their names here because they know exactly who they are, and they aren’t looking for credit either.

But there is a deficit of men to women out there carrying the Gospel to the corners of the earth, feeding the hungry, clothing the naked, treating illness, and sharing the Good News of Christ to lost and doomed people.

So here is my question: Where are you, men? Saying you’re too busy doesn’t work, because few are busier than I.

And don’t worry about me judging you. You have to work this out between you and God, and stand in His presence one day to explain your actions.

The amazing part is that the riches that going will bring you are beyond your imagination. Is God telling you to go? Has He already told you to go?

Don’t make the mistake that so many men are making, and believing it’s all someone else’s job.