ONE OF SATAN’S GREATEST LIES ABOUT MARRIAGE

“The holidays have been too much. Stress has never been higher in our home, and I don’t know if it’s worth it.” Mark looked a little worried as he spoke. 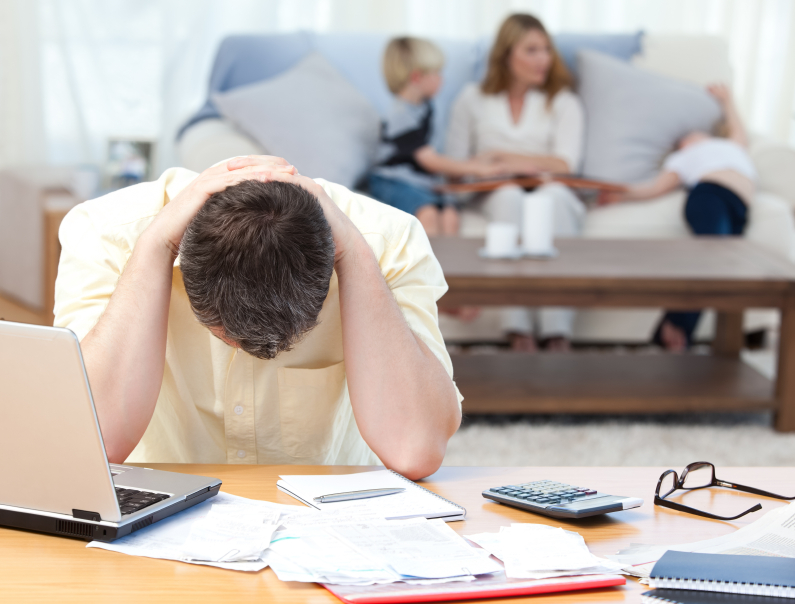 “I really think that, maybe we should opt out, otherwise this may kill our marriage.” He stated matter of factly.

I sat in silence for a moment—“opt out” was code for defaulting on their credit cards, a recommendation from an on the fringe financial planner.

Over the Christmas season, Mark and Emily charged an impressive number of purchases on top of their already bulging card balances. The total for their four cards now rests just under $40,000.

When the bills began pouring in, the overwhelming balances compounded the strain that was already pulling them apart. Several risky, failed investments and the loss of Emily’s job made 2013 a rough year. As if all of that was not enough, Emily is two months pregnant—something totally unplanned, and they aren’t handling it very well.

After talking to a few of his “friends”, Mark pushed the blame for the financial pressures onto Emily. Instead of taking the opportunity to “man up”, he “candied down” instead (southern terms—but the meaning is clear).

Not all of the financial problems were Mark’s fault—he and Emily are both to blame for poor planning, overspending, and budget non-adherence. But Mark, as the man of the house and overseer of finances, is responsible. In other words, the buck stops with him—it doesn’t get pushed over to his wife.

Not everyone agrees with this point of view since it implies that the wife in the relationship can do whatever she wants and this carries no responsibility. This is not true.

Mark had several opportunities to say, “You know, Emily … I would love to buy this (whatever item) too, but we can’t afford it right now. We are going to follow our plan to pay off our cards so we aren’t paying obscene interest on the balances. That money should be used elsewhere—okay?”

If Emily doesn’t respond well to this, they may need counseling to get this part of their relationship in order. But from practical experience, in almost every counseling session we have had, the wife in the relationship believed that if her husband said it was okay, it was really okay.

From a business standpoint, I do not follow every dime that flows though my company, but my CEO does. It’s his job, and he takes it seriously.

If I approach the board of directors with a great idea or a request for an item that costs money, it doesn’t matter if it’s a good idea or not, the CEO knows if we can afford it. I won’t be angry with him if he tells me it’s not in the budget—I will be thrilled that he is structured and balanced in his approach to our business, and is committed to keeping us on track.

The same is true for marriage—we must be diligent in our spending, and trust the person (usually husband) overseeing the finances.

Mark and Emily have a problem—they spend more than they make. If they are to survive this must be addressed head-on, but with integrity and honesty that will honor God. As Christians, the world’s standards are not our standards.

Although it may sound wonderfully attractive to default on and erase $40,000 of debt instead of struggling to pay it off—it’s wrong.

As Christians we are to pay our bills and exercise self-restraint in our spending, but the world says, “Here is a better way out. Have what you want but don’t pay for it!”

If we want to have blessed, Godly marriages, we can’t cut corners in other places—especially when those actions define our integrity and moral fiber.

Do the right thing. It doesn’t make your life easy–it makes it Godly and bless-able.