There’s a villain in our midst. 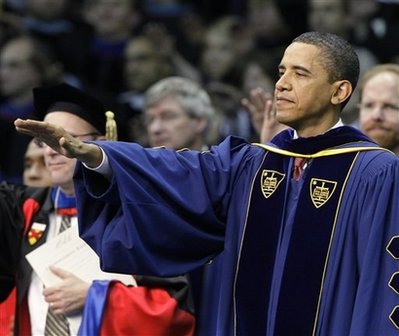 If you’re not careful you won’t see it coming, because it’s here.

As Americans, we have long believed that our government would protect us. We also knew (once upon a time) that we were one nation under God. But neither of those is true any longer.

I doubt that anyone will disagree that, as a nation, we have turned our backs on God. We pretend America is still focused on truth and the Gospel, but deep inside we know it isn’t true.

How could a nation that requires companies to pay for birth control that relies on killing a developing fetus be following God? Is it possible that a government that unilaterally demands we accept homosexual marriage as our new standard is following God?

Two equally ominous enemies of freedom in America are working simultaneously to destroy the fabric of our nation:

I say new, because it is new. It is an unprecedented liberal, far left steamroller that has changed laws of procedure and forced an agenda in the name of change. It has done so in order to steal our freedoms and replace them with counterfeit benefits that reward complacency.

A government that plots to control every aspect of your life, especially health and wealth, doesn’t really want you to be involved. It wants you to believe that everything is for the better and God’s laws are antiquated signposts of the past.

“Which passages of scripture should guide our public policy? Should we go with Leviticus, which suggests that slavery is okay? Or we could go with Deuteronomy, which suggests stoning your child if he strays from the faith? Or should we just stick with the Sermon on the Mount, a passage that is so radical, that it’s doubtful that our own defense department would survive its application. You folks haven’t been reading the Bible.”

Damage control among Democrats issued the statement that Mr. Obama was taken out of context, and was simply saying:

Mr. Obama called for a: “reconciliation between faith and democratic pluralism” and called on those with narrow religious views to translate those into broader common values that can guide public policy.

Interestingly they seem to feel that this sounds better than what he actually said. They go on to say:

“He (Obama) was not making fun of those scriptures, but merely using them to illustrate the point of his speech, which was to point out the complexity of holding religious values in high regard but trying to reconcile them with public policy.”

That, of course, is not what he said. But even if it were, why have our public policies become diametrically opposed to holding religious values in high regard? The current administration has birthed this conundrum with its far-reaching, radical policy changes that produce global repercussions.

This is all ancient history unless you combine it with the current regime outcomes and forward campaigns. When you examine public policy through that lens, it’s clear that Mr. Obama’s anti-Christian arrogance has always been an integral part of who he is, and what he would like America to become.

Our country sits on the brink of disaster. We are mocked by other nations and are no longer perceived as a global super power. Our domestic and foreign policies have brought us shame in every arena, and still we wonder where God is in the midst of it.

I don’t know what the next American national tragedy will be, but I would bet more of us run to church than the white house on that day.