Parts of the river run wide along populated shores—other areas are quiet and serene. 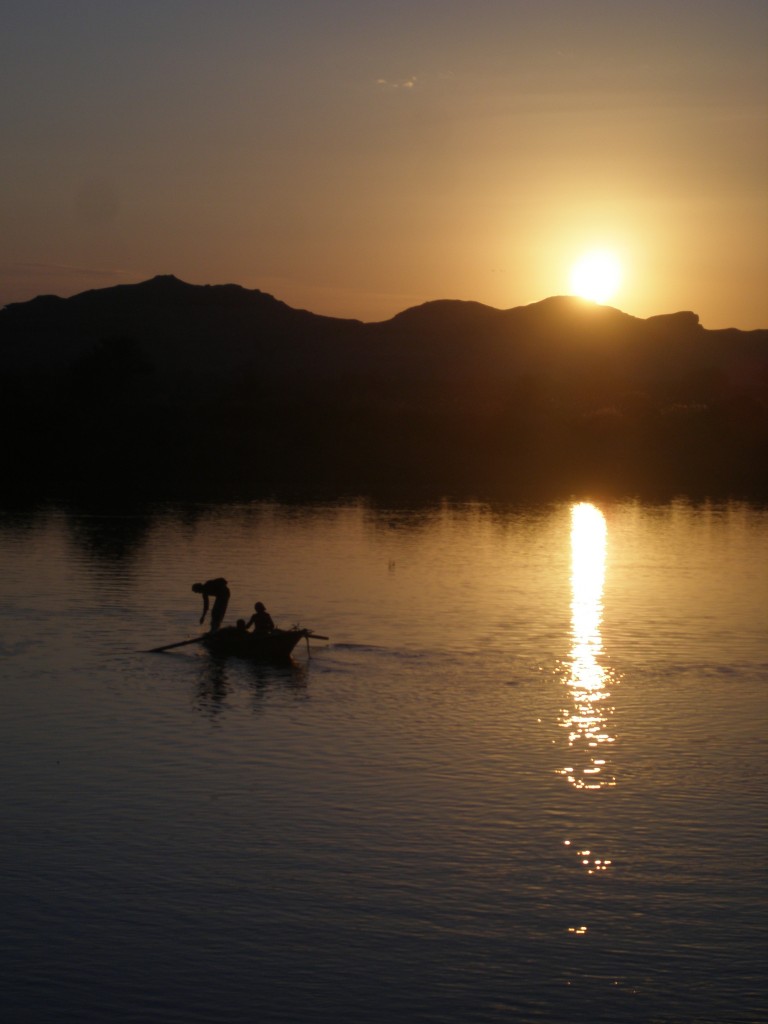 One morning, I awoke while it was still dark outside and heard voices in the distance. I couldn’t place where they were coming from, but no matter what I did I couldn’t fall back to sleep.

As I grabbed a cup of coffee and walked the short path to the river’s edge, the voices seemed to be coming from the darkness of the water. Slowly the sunrise peeked over the mountain range, and the mystery was solved.

Two men were busy casting their fishing net across the water as their voices and the morning sun reflected on the quiet, glassy surface. Moments later, as the first rays revealed my position on the riverbank, I felt my body become tense—I wasn’t supposed to be there. An unaccompanied American in that region was taboo.

I began to scoot back when they spotted me. They stared for a moment and I froze. But then came their response—they waved and shouted, “Hallo!”

I immediately settled back onto my rock and waved back. “Hallo!” I shouted as the men went about their work with the nets.

Calmness flooded over me when I realized I wasn’t a target—not to these men who got up early in the morning, long before the sun rose in the sky, and began the hard work of earning a living and feeding their families.

They had no problem with me being in their midst. It was clear that I didn’t belong, but they didn’t care. They welcomed me without hesitation.

I had to think about what I would do if the tables were turned. As a people we have a tendency to profile, at least in our hearts. Until proven otherwise, everyone of a certain nationality or race is a risk. But that’s not okay.

These men had every right (and a degree of obligation) to call me out, report me, or even abduct me with impunity. Instead, they waved and greeted me.

Many of my friends are not from America. They treat me with kindness and genuine friendship. They, and the men on the river, restore my faith in humankind. I have more problems and threats from Americans than I do with any other people group.

That’s okay. They need Jesus too.