OBAMACARE’S CRUMBLING ROLLOUT — WAS IT THE PLAN FROM THE START?

As the Obamacare system unfolds, there are specific problems with the rollout that may not be clear to those unfamiliar with the status of the healthcare industry. 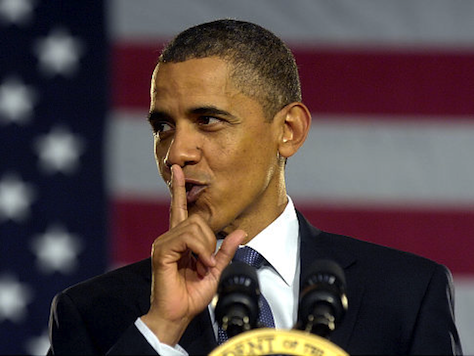 Leading proponents of Obamacare have clarified their concerns that enrollment in the national healthcare insurance exchange must include millions of healthy, young enrollees that likely won’t really need coverage payouts. The silent killer of the program lies within the current situation regarding the botched enrollment.

These healthy, young individuals would contribute to the program but not require medical treatments. Their premiums would therefore provide coverage for those with true medical needs.

This is not a new concept—this has always been the strategy of insurance companies. In order to survive, they must receive more premium income than they pay out in benefits. Income must exceed outgo. It is simple math—not enough in means not enough to pay out on claims.

Obamacare differs from the insurance companies in that there is no strategy to prevent the disparate numbers of medically needy compared to non-needy. To be clear, medically needy refers to those individuals with true medical problems that require funds for treatment. It is not a condescending term.

With the failure to provide government coverage before cancelling millions of individual’s policies, and the subsequent request for an insurance company bail-out, it is feared by many, including leading Democrats, that healthy, young Americans may choose to not purchase coverage through the government exchange.

Since Obamacare doesn’t deal with this issue strategically, they simply hope (by chance) to have more healthy, young individuals sign up than sick ones. If that doesn’t happen (as it is feared) the government will have to pick up the tab (you and I will pick up the tab in uncalculated taxes) and America will be an official welfare state.

In order to make this happen without interference from you and me, the current White House administration has passed laws that prevent us from intervening in the matter.

Every day patients present to our medical offices for treatment unaware that their insurance coverage has already changed—for the worse. They are also unaware that their co-pays have increased, and their deductibles must be met at the time of service. And many of our patients are not prepared for it.

Some blame us, the physicians, as being greedy. This is not happening by our choice. We are being regulated to collect those funds at the time of service or the insurance companies won’t pay us anything.

Some place the responsibility directly on the insurance companies, but they haven’t made the rules either. In fact, many of them are already going out of business.

UnitedHealth Group, the nation’s largest provider of privately managed Medicare Advantage plans, has dropped thousands of doctors from its networks in recent weeks-spurring protests from lawmakers and physician groups and leaving many elderly patients unsure about whether they need to switch plans to keep seeing their doctors.

Doctors in at least 10 states have received termination letters, some citing “significant changes and pressures in the health-care environment.”

That means many physicians and patients won’t know for sure who is in or out of UnitedHealth’s Medicare Advantage networks before the open-enrollment period to switch Medicare plans ends on Dec. 7th.

UnitedHealth said that it expects its Medicare Advantage network “to be 85% to 90% of its current size by the end of 2014,” although it declined to say how many doctors are being cut in individual states.

Some patients now leave our office unable to meet the requirements at the time of check-in. This is a heartbreaking situation, and it’s already taking its toll on the health of those who can’t afford it.

Once the subsidy tax is assessed on each of us to pay for the shortcomings of Obamacare and the Affordable Care Act, and our status as a welfare state is secure, the government will have no choice but to step in and fully govern every aspect of healthcare since insurance companies will no longer be in business.

There you have it—socialized medicine on the fast track. Do you still think it’s all by chance?