HOW OBAMACARE’S SECRET AGENDA WILL DESTROY US

While president Obama and his administration make excuses about what they’ve lied about, the healthcare industry is crumbling. 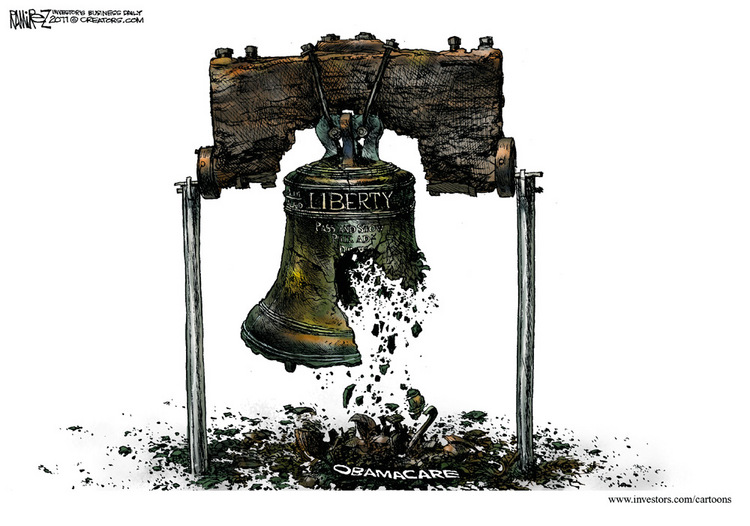 The victims, citizens who took our president at his word, are experiencing skyrocketing co-pays and loss of coverage for basic medical needs. If you haven’t visited your doctor in a while, you may not be aware that many out-of-pocket costs are higher while coverage has decreased.

The situation is so desperate, it seems as if the plan from the start was to crash our current system and replace it with socialized medicine run by the government.

The president has crippled society in the name of progress, stripping health insurance from responsible people and replacing it with nothing—by law—irrevocably.

Thanks to an agenda shoved down the American throat, healthcare has never been so unstable and at imminent risk of collapse. It was more important to our president to force an unready system through the legislative process than to take the time to get it right.

Although the Obama administration has painted insurance companies as the enemy, I’ve seen a different side.

When my wife needed to be evacuated from Birmingham to receive specialized care, Blue Cross/Blue Shield of Alabama sent a private medical jet and flew her to New York City. They spent $25,000 to save her. When she needed it a second time six months later, they didn’t hesitate. No one questioned her chances of survival first.

Gwen’s cancer treatments and medications cost well over half a million dollars. Would the current administration do what Blue Cross/Blue Shield did for her?

If you’ve been a responsible citizen, planned ahead and paid your way, don’t think that will have a bearing on your quality of medical care as Obamacare picks up steam.

Under what circumstance would any valid company throw a plan together that lacked a long-term strategy, and open a website visited by millions daily without working out every detail in beta testing first?

As I have mentioned in previous blogs;

The design of Obamacare does not require an end game if it is not intended to provide what it promised—the answer to healthcare woes and the provision of affordable health insurance coverage for everyone. In the same manner, a pilot of an airliner doesn’t need to know how to land a plane if all it is intended to do is take off and eventually crash because its continual flight is unsustainable.

Nancy Pelosi and others have been vocal about “Fixing Obamacare instead of repealing it.”

Once again, what other organization would open its doors in the American market and say to potential customers, “Help us fix this—it doesn’t work. Help us figure out how to be a company.” No CEO would consider such a ridiculous approach. It’s insulting and tragic that the system, which is supposed reform and improve healthcare, requires fixing before it has begun.

To make matters worse, the government has minimized our choices and made it nearly impossible not to buy their insurance, even though the government insurance isn’t yet available. The president is trying to fix this by changing the rules after the game has started, and bringing the insurance companies back to the rescue. Ironic, isn’t it?

Perhaps it would be prudent for us to ask why it would be better to re-invent the healthcare wheel under the duress of having our insurance cancelled. The answer is simple; it has to be done before the current administration is over for political gain.

That is not to say that healthcare doesn’t need reform—it does. But it should be born through due diligence. There is too much at stake to bully people into dropping insurance without having a new policy to cover their needs. This administration has destabilized healthcare, leaving millions without coverage—or hope.

The toll the president has taken on our nation’s credibility elsewhere is palpable. If you find that difficult to believe, travel abroad—anywhere abroad. The respect our blue passports used to command is gone, and those countries destabilized by America’s offensive foreign and domestic policies are openly hostile toward us now. I speak from firsthand experience.

Mr. Obama still expects us to believe what he is promising as he follows an agenda that is poorly thought out and even worse in its execution. He has proved with his actions and lack of integrity that he is not to be trusted. I understand that many will disagree, but by stepping back and looking at this debacle without the political blinders, one is able to assess the damage done.

After telling “arguably the biggest lie with the biggest consequences for the biggest number of people in American history,” according to the Daily Caller, our president has put our minds at rest by explaining,

“The promise I made turned out to not be true.”

I feel so much better now.

On Wednesday’s blog, we’ll see how open enrollment and the botched rollout have doomed the system to failure.