HOW TO END YOUR MARRIAGE WITH THE PUSH OF A BUTTON

For years, my wife, Gwen and I counseled young couples having marital troubles. 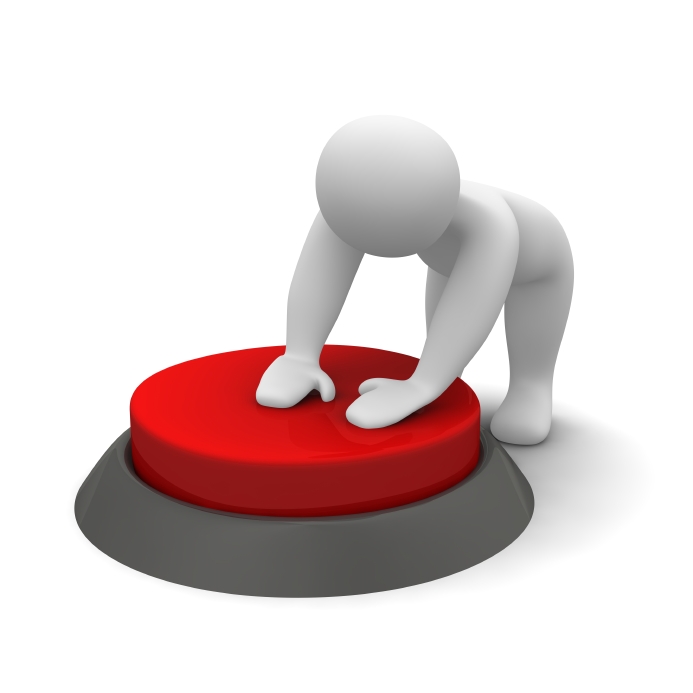 In Monday’s blog, THE SECRET TO GODLY ROMANCE, I posed a controversial, thought-provoking scenario.

You’re alone in a room with a big red button on a table in front of you. You know if you push that button, your marriage is over. No one will know and no one gets hurt. If you push it, your marriage goes away like it never happened.

The question is—would you push the button?

It makes people angry when I ask this because they see it as absurd. What sort of man would bailout on his marriage?

Before we focus too hard on that—there’s more to the story. When Gwen and I asked this question of couples experiencing problems (we interviewed each spouse individually) more women pushed the button than men by almost 2:1.

If you pushed the button, you might be surprised at yourself. You may even feel guilty.

Before you’re too hard on yourself, it may make more sense once you see the categories of others who pushed the button.

In the end, both men and women pushed the button. Some had selfish reasons—some were desperate because of dangers from abuse, and others had no choice.

Over the years that my wife and I counseled, we had four situations requiring us to rescue wives from physically abusive husbands. We faced hostile men armed with baseball bats, knives and one clown with a gun. But we left with those women (and sometimes kids) intact.

I don’t apologize for kicking down doors to protect abused women. If you’re slapping your spouse, get your heart right with God and do it fast. Don’t wait for someone to show up at your door.

Spouse abuse is sin. Marriage is the reflection of Christ’s relationship with His bride the Church. It is the standard for all relationships.