THE DEATH OF DOMA — AMERICA MAKES ITS CHOICE

The DOMA strike-down is a victory for homosexuals—and a defeat for America. 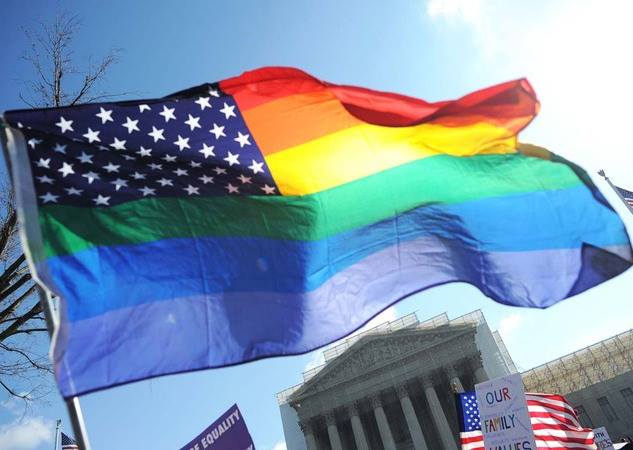 We were once the land of the free and home of the brave. Now, bravery among politicians and Supreme Court justices is a thing of the past.

I know there are some who feel that I am being too radical and intolerant. But this is not even close to radical.

A long time ago, we stopped asking the trite question, “What Would Jesus Do.” But think about it . . . is Jesus relevant to you? That is a decision each of us needs to make, because that’s what it comes down to.

It isn’t whether or not it’s fair to be gay. It’s not a matter of tax laws being beneficial (or not) to the homosexual population—tax laws aren’t beneficial to anyone except politicians. It isn’t even a question about support of the gay lifestyle.

Here is the real issue in America: Is—Jesus—relevant?

If He is, you already know what He would do—you need not wonder. In case you would like to argue that point, I’ve outlined the reasons in:

DID GOD CHANGE HIS MIND ABOUT HOMOSEXUALITY?

HOW TO TURN THE DEFENSE OF MARRIAGE INTO DISRESPECT FOR MARRIAGE

THE HETEROSEXUAL MINORITY VS THE HOMOSEXUAL MAJORITY

God has not changed His mind. Liberals have abandoned Godly principle intentionally. The current strike-down is against traditional marriage and God—let’s not paint a rosy picture. And it’s clear that the homosexual population has this country by the consensus.

But let us not lose sight of the real issue. This is not a battle between homosexuals and heterosexuals. We need not draw a line in the sand. The battle is clearly spiritual, between Satan and God. If Satan can divide our nation, we have lost. But that can’t happen unless we allow it.

My friend Emily hit the nail on the head last week when she said that our role has not changed—we are to love people, serve the hurting, and preach Jesus.

If they don’t know us by our love, we have taken a wrong turn. Standing up for one’s beliefs should not violate godly principle. Being tolerant of sin is not the issue—focusing on salvation is.