HOW TO BE VIGILANT WHEN SATAN IS AT THE DOOR

When we find ourselves in a difficult or impossible situation, it’s important for us to be vigilant, to be alert—on our guard. We must be prepared to defend our position without hesitation—ready to fight! 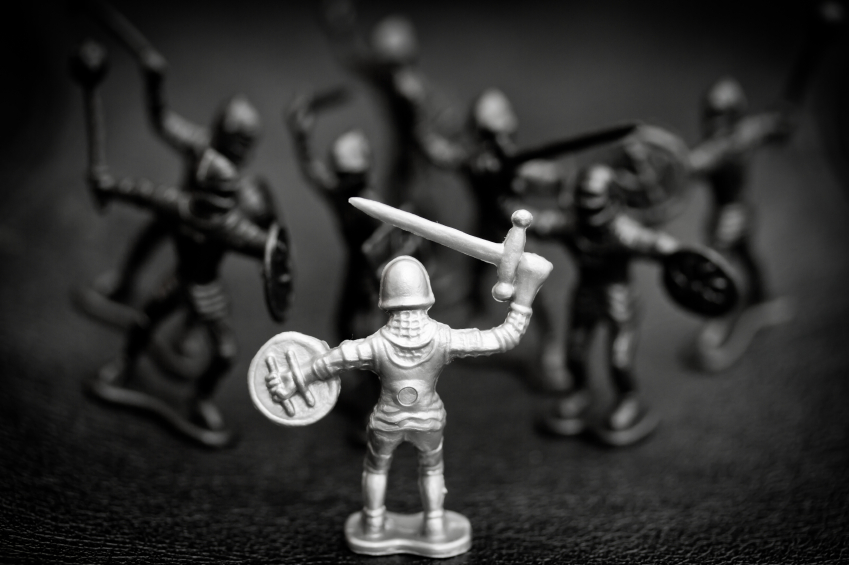 Satan looks for the weakness in our armor to use it against us. That weakness may take the form of ambition, or perhaps a lust for some forbidden thing … or forbidden person. It’s even in the essence of pride.

Last week in the blog What To Do If God’s Will For Us Seems Bad, I told of a friend, Sam who had taken a tragically wrong turn in his life and marriage, resulting in infidelity and a determination to leave his wife and young children. The family was devastated.

Although initially he felt that God had confirmed this inappropriate behavior as His will, it didn’t take long to punch serious holes in his reasoning. He was dejected, to say the least. Even though he was guilty of the sin dragging him down, the sorrow he felt was for his loss of the woman he had been seeing, not remorse for wrongdoing.

Sam decided to approach God honestly, and do whatever He told him to do. It was heart wrenching to watch his anguish as he obeyed God and returned to his wife for whom he no longer had feelings. But God laid it on his heart, and he was determined to carry it out.

After about four months passed, Sam began to enjoy his marriage again, talking more to his wife than ever before. He continued to be on his guard against Satan’s lies, and this time he used Scripture to chase Satan off. But he wanted to love his wife again, the way he had loved her before.

It took nine months before Sam began to feel a spark in his marriage again—it was something he had missed for a long time, but he was devoted to it, knowing it was God’s will for him to forsake all others. After one year, Sam told his wife he loved her—and meant it. It wasn’t a spark—it was fireworks! It had never been that way in their marriage before. God had restored Sam to his family.

Fortunately this story did have a happy ending for Sam, his wife and his children. But all too often the final chapter in marriage comes many years before Till death do us part.

Today Sam is a successful businessman and his children are grown. They adore him, and he continues to pour himself into their lives. He has had a romance with his wife for over thirty years now, and he can’t believe the mistake he almost made.

You will not find Sam flirting with the world anymore. You won’t find him flirting with anything or anyone. His guard is always up, and he spends time with the Lord daily to make certain it stays that way.

God is the god of restoration, healing, and love. He will not leave or forsake us, even when we are fools. I am so thankful for that.