HOW TO GIVE TIME, TALENTS … AND GOD

In the blog It’s Okay To Store Up Our Treasures, we looked at how God rewards us for properly investing the riches He entrusts to us. 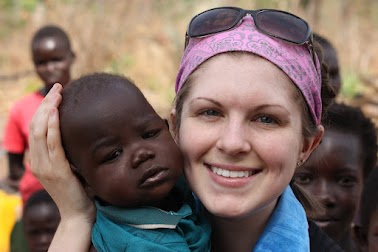 But oftentimes we don’t think about anything but money when we consider stewardship. What else is there?

God blesses us in many ways with many things. Some of us have more than others, but all of us in this country have much more than most do in other parts of the world. So the concept of being good stewards of the money God has given to us is easy to understand.

But even more than the funds he allows us to invest for His kingdom, we must remember to be diligent stewards of our time and talents as well. This may be more difficult than the financial trust.

It is easier to put money in the offering plate than to get our hands dirty working on a project to help others, or travelling to a remote region of the world to dig wells, provide food, teach sanitation, or build trust as we tell others about Christ.

Our pastor tells of a time when he spoke to a church group many years ago about missions. At the end of that time, they thanked him for being diligent in going to remote areas of the world so that they could simply donate money—so they wouldn’t have to go themselves.

This is far from what God expects from us. It would almost be comical if it were not so tragic. The Great Commission is not a calling, lest some may say, “I am not called.” Rather it is a command by Jesus in Matthew chapter 28, for all of us to:

“Go and make disciples of all nations, baptizing them in the name of the Father and of the Son and of the Holy Spirit, and teaching them to obey everything I have commanded you. And surely I am with you always, to the very end of the age.”

The idea of throwing money at this command makes no sense. Neither does the concept of designating it a “calling”, as if some are to do it and others need not. No matter how this passage is read, those conclusions cannot be made in good conscience.

I am reminded of a joke I heard many years ago that strangely illustrates this dilemma.

A man sends an anonymous note to the IRS that says, “Enclosed please find ten thousand dollars in cash that I failed to pay by cheating on my tax return. If I continue to feel guilty, I’ll send another ten thousand.”

In a similar way, we don’t want to find ourselves donating more and more money in order to feel better for not making disciples of all nations. The money needs to be given, but we also need to go.

Our time is valuable, sometimes more so than our riches. It is difficult indeed to get everything done we need to do, but that doesn’t excuse us for not giving our time to serve the Lord.

For the past several weeks I was honored to travel with a group consisting of medical and non-medical Christians—people who don’t have a lot of money, and no extra time.

They spent their own money or raised support to go. They gave up their time by using precious vacation hours or went without a paycheck. They risked illness and injury by entering one of the most dangerous, poverty-stricken regions of our planet to carry the Gospel and minister to the needs of people who can never repay them . And although the heat was oppressive and the bugs enormous, they can’t wait to go back.

I have been inspired once again by those around me as they have listened to the voice of God and gone because He said, “Go.”

It isn’t easy. Jesus never said it would be. He just said He would go too.