SOCIALISM — AMERICA’S FUTURE … OR ITS PRESENT?

While listening to a report by Carol Costello of CNN, something became clear in the discussion she was having with a corporate spokesperson for Wal-Mart. 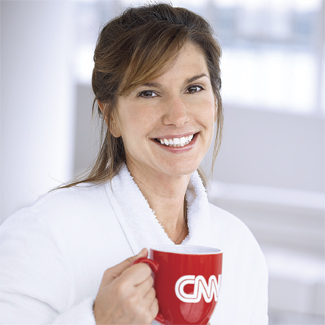 I am not endorsing Wal-Mart, but there is an undercurrent eroding the fabric of our society. I understand there are many who will disagree with me on this issue.

Our President would have us adopt socialism. If you doubt me, look at the field of medicine where he has already made significant strides in forcing it down America’s throat. The repercussions of what that will mean have only just begun to impact our nation.

Unfortunately, we are beginning to see this same line of thinking in the liberal media. According to Carol Costello, Wal-Mart should pay their employees more since they made a good profit last year.

Although that may seem to make sense, my question is, who is she—and who are the agents of the liberal media to say that every company should pay their employees more, based on their profits?

Is CNN on a sliding scale, passing on all of its profits to its employees? Of course not. It is up to each individual company to increase employee wages or not—at least it has been in the past.

Two weeks ago, the same media group complained that some companies outsource their employees to other countries. The problem with that argument is that you can’t have it both ways.

When an employer has the need to hire personnel that don’t need to be locally hired, they have some choices to make. They will consider where the employees are the least expensive, and where government interference is minimal—as opposed to inflicting regulations, taxes and penalties that could prevent them from thriving, or even surviving as a company. If it is not necessary for the employees to be local (inside the U.S.) it may make more financial sense to hire abroad.

Let me make myself clear—I do not believe that we should outsource to other nations—I am very much against that. Nor do I feel it’s appropriate to starve our employees while we live in luxury and have a healthy bottom line.

We are warned against this in scripture. But the government in our country has never had the right to decide how much profit is too much profit—until now.

I have waited to write on this subject until tensions have died down, but that isn’t going to happen any time soon.

The under-the-radar ooze of big government into society is insidious. By the time it affects the aspects of life that matter the most to us, there may be little opportunity to intervene.

Agreed, I am not a political expert, this is not a political blog, and I don’t want it to end up being a political blog. But in my position as a physician, I see the daily edging of the current Whitehouse administration into the field of medicine as intrusive and dangerous—dangerous to the general public more than anything.

For example, if I am allowed to earn only a certain amount of money before I give the rest to the government, who determines what that amount will be, and what else can you call it other than socialism?

Is it possible that if I make more than a preset amount, the government would take it from me? That’s what the current administration wants to do with companies like Wal-Mart and in the field of medicine as well. Our liberties and freedoms are disappearing rapidly—we shouldn’t kid ourselves.

Perhaps Wal-Mart will decide that enough is enough and be out of the game. Doctors are already doing that in many areas, including ours. It just isn’t possible to keep the doors open if you can’t afford to. First, it was only a few physicians—now it’s becoming an epidemic.

Life is changing for us in America, not necessarily for the better.