IS IT MORE IMPORTANT TO TRY THAN TO SUCCEED?

Last week I posted a quote from Michael Jordan. 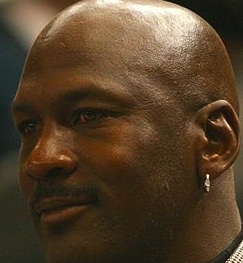 He said, “I can accept failure, everyone fails at something. But I can’t accept not trying.”

Although I haven’t followed his career closely, everyone on the planet knows that Michael Jordan has excelled in sports as few others have. He is driven, determined, and willing to fail—he has shown that to the world.

And there is a big difference between failing where only your family sees it, and failing in a way that Anderson Cooper reports it to the world. But Jordan did it, and made it look normal.

A willingness to fail has been the cornerstone of success for many respected pillars of society, including Thomas Edison, Albert Einstein, Martin Luther King and George Washington.

We just watched as scores of young people gave everything they had on the world stage in London. Some won gold medals, others returned home with none. But they tried, and that counts.

Where will their failures take them? It’s hard to even call it failure when each of them had to qualify just to participate in the games. That is great success in itself.

Many years ago, when failure on my part had brought us to financial ruin, my wife stood at my side and refused to allow me to wallow. She gave me a little plaque that in essence said, “When man fails, what he does with that failure is what matters. Does it shape him to be a better man, or does it destroy him forever?”

Her support and refusal to give up made the difference in me. I don’t know if I would have been able to turn it into a positive without her, but because of her, it turned out to be a huge blessing, bringing us closer together than we had ever been.

The greatest obstacles in our lives produce the most powerful growth—if we let them. It isn’t easy, but what we do with failure, especially great failure, determines who we become.