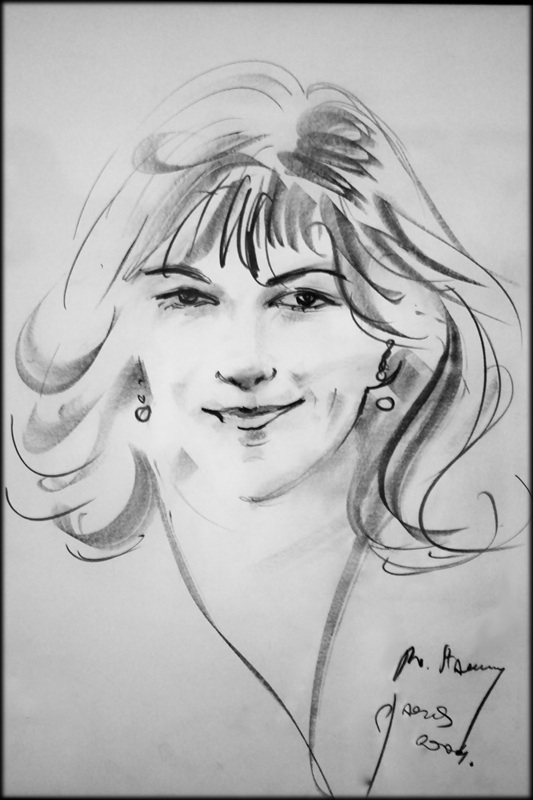 Sometimes it feels like a different lifetime. But most of the time—it feels like I just woke up beside her in our apartment in New York City.

I dream of her often, I think of her every day, and I love her still. That won’t change—and it shouldn’t.

When I began writing Thirteen Months, I expected it to be a compilation of the journal pages I penned during her journey through cancer.

As I wove those entries together, it became evident that some explanation was necessary to understand the timeline.

The book has been on the market for a year now, and I am halfway through writing my second book, about which I am extremely excited. In my wildest imagination, I never expected to be here.

I don’t know what the future holds, but I will do what I can to follow God’s leading.

As I live my life, I will honor Gwen’s life and spend as much time in Africa I can.

This past year, my oldest daughter, Wendy, gave birth to Lawson Ray, my first grandson (see New Life). This October, my youngest daughter, Andi, will have my second grandbaby—a little girl.

Life goes on—sweetly. It doesn’t mean we forget. It doesn’t mean we dishonor those we love or that we’ve recovered from their loss. It means we take Jesus at His word in Matthew 28:20 when He says, “And behold, I am with you always, to the end of the age.”

For so many years I was ‘Don and Gwen’. We were spoken of together because we were inseparable.

For those who knew me as Don and Gwen, I’m okay. It’s just Don now, but my children are all close by, and their love for me is evident in everything they do.

God has given me a mission and purpose, opportunity and strength to go on writing—something I love dearly.