Yesterday I posted part one of The Rat. If you haven’t read it, it’s important to do that first. I know these rat photos are creepy, but there was nothing pretty about this guy. 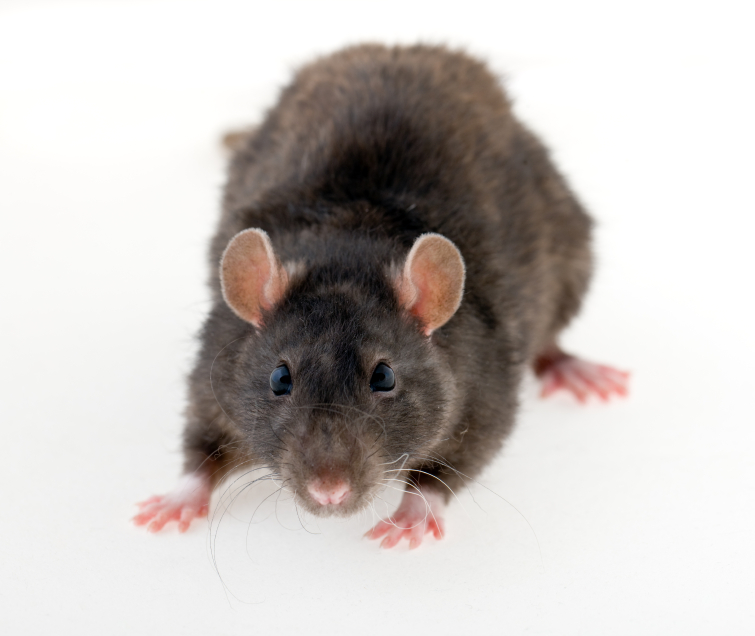 This is a true story of an unhappy encounter with a New York City sewer rat with an attitude. The story is from the book Thirteen Months. Here’s part two.

“Don, are you crazy? New York City sewer rats are dangerous—they hurt people … and dogs, big dogs. Please don’t go in there. It scares me.”

Now I was getting angry. This thing was frightening my wife and that was personal. I carefully explained my plan to Gwen. After all, we were going to have to spend the night in the apartment—we had no choice.

If the beast went down the stairs, she would come back down into the apartment. If it went up the stairs toward her, she would run up another flight and look again. If it continued to climb, I would go after it while she went up another flight. In my defense, I didn’t have a lot of time to think of a better plan.

Yes, I am fully aware that rats can jump great distances and resist being herded, but I didn’t have much to work with, and it was really late.

I found a broom and picked up the closest thing to a shield I could find—a pizza board. Gwen got into position, and I slowly opened the bathroom door. Briefly the squirrel scene from Christmas Vacation flashed though my mind. I didn’t see a rat yet. Oh … this could be very bad. I poked around the bathroom with the broom and swept under the claw-foot tub. No rat yet. I pulled the shoes out from under the tub. No rat yet.

“You okay out there, honey?” I called. Yes, she was okay.

Now it got harder … I would have to lie down on the floor with my flashlight and reach under the claw-foot tub. I got my flashlight ready and lay down on my side—I must have been out of my mind. I had been talking about slaying a dragon for Gwen; well, this was going to have to do.

I looked under the tub but saw nothing; I knew he hadn’t gotten past me. Suddenly I got a glimpse of a black object and yelled—Gwen came running into the apartment.

“Are you okay?” she called. “What’s wrong?” She was peeking around the corner.

I looked up from my position on the floor. “Baby, I just scared myself with this black boot here.” I held it up sheepishly. “What are you doing in here?” I suddenly accused. “You can’t come in here without a pizza board!”

She laughed as she ran back to her position on the hallway stairs. “My hero!” she called back as she ran up the first flight.

Even as I got back on the floor, she made me laugh too. I crawled under the tub as far as I could, and then I saw the point of the rat’s entry—a four-inch hole in the wall under the tub, hidden from view by the back of the tub.

No rat was in sight, just the hole where he had come in and, apparently where he had exited. I had no way of blocking the opening, so I stuffed it full of plastic bags—I would at least be able to hear the creepy thing if he pushed his way back through. I didn’t plan on sleeping much anyway.

We closed the bathroom door, nice and tight, and I slept with a flashlight on my chest, looking around the room all night long. Gwen finally drifted off to sleep, protected by the white knight lying beside her … armed with a flashlight … and a pizza board.

You can comment below or ask a question, but I’m telling you—it’s true!

This blog now works on iPads and Smartphones.