On my way to work, driving was more of a challenge than usual. 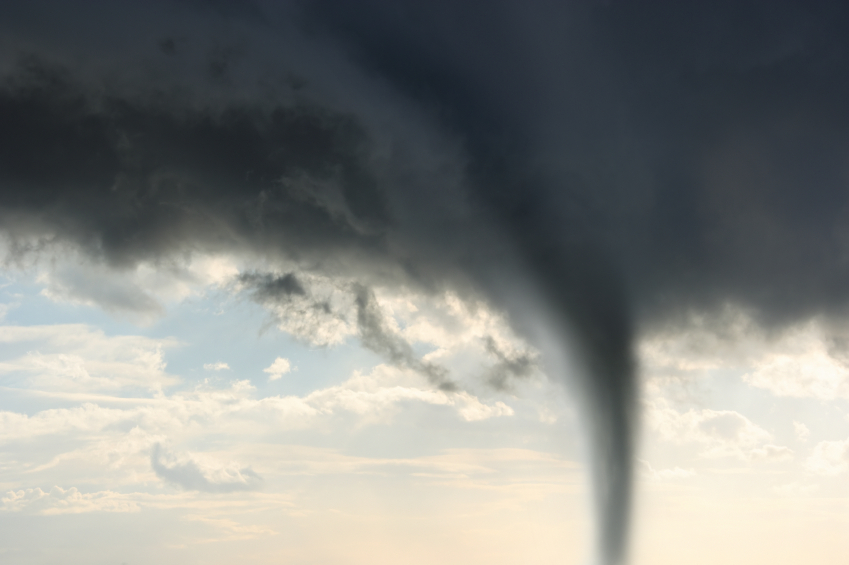 The day started at 3:15 am when the rain, lightning and wind made it impossible to sleep.

When I first left the house it seemed like nothing more than a thunderstorm. As I drove south on the freeway, the rain became so severe that many cars pulled onto the shoulder of the road or left the highway at the nearest exit.

Emergency flashers could be seen in every direction as drivers attempted to make themselves more visible to other vehicles. Even so, accidents were already occurring as the pavement flooded, and cars began to hydroplane. Visibility dropped to several car-lengths as the rains suddenly became torrential.

I remember saying a little prayer as I drove at 30 miles per hour, more concerned about the danger of pulling off the road than staying the course. Although I had turned on the radio for information, I could no longer hear it over the roar of the rain on my windshield.

I must admit—I began to think about what I would leave behind if the storm were to overtake me. Not to be melodramatic, but it was an extreme situation and it forced me to think—there was no escaping what lay ahead, no turning back. All I could do was push on and trust God to do whatever He had planned.

How much of our lives are like that? How many times do we step out on such a limb that we are fully committed regardless of the cost—regardless of the danger? That is not to say we should rush into uncertain situations without using common sense—but are we unable to do what God has called us to do because of the risks involved?

As I continued driving, the lightning strikes became almost constant, revealing a churning, low cloud ceiling ahead. Each brilliant flash gave a frightening glimpse of an enormous funnel reaching toward the ground as intense winds swept violently through the trees carrying branches and debris.

I was awed at the power it displayed as it crossed the road before drawing slowly back into the clouds. After a moment I began breathing again, but couldn’t forget how close I had come to something over which I had no control.

It was impossible to go on without asking myself a question—does God want us to be abandoned to His will, or to have a will of our own? Does He expect us to be fully devoted without an exit strategy in the event He doesn’t come through for us? Are we willing to follow a path that looks dangerous and out of our control?

Our lives are filled with decisions we must make that change our lives, our futures, our legacies. God may ask us to dramatically leave our comfort zones and go places we don’t want to go, leaving loved ones we don’t want to leave.

Will we do it? Will we relinquish our control by giving Him a “blank check” to do what He will, or are we determined to maintain control over our own futures? Ask the question—then answer it. You are the only one who can.

Question: Is God putting you through training for something? Feel free to share it below.