In June of 2007 I took Gwen to Brookwood hospital in Birmingham because she was suddenly having stomach pain. It was there we discovered she had a rare and devastating form of stomach cancer. That hospitalization involved many tests and surgeries that set the stage for the thirteen-month battle against cancer we would wage from Birmingham to New York City. 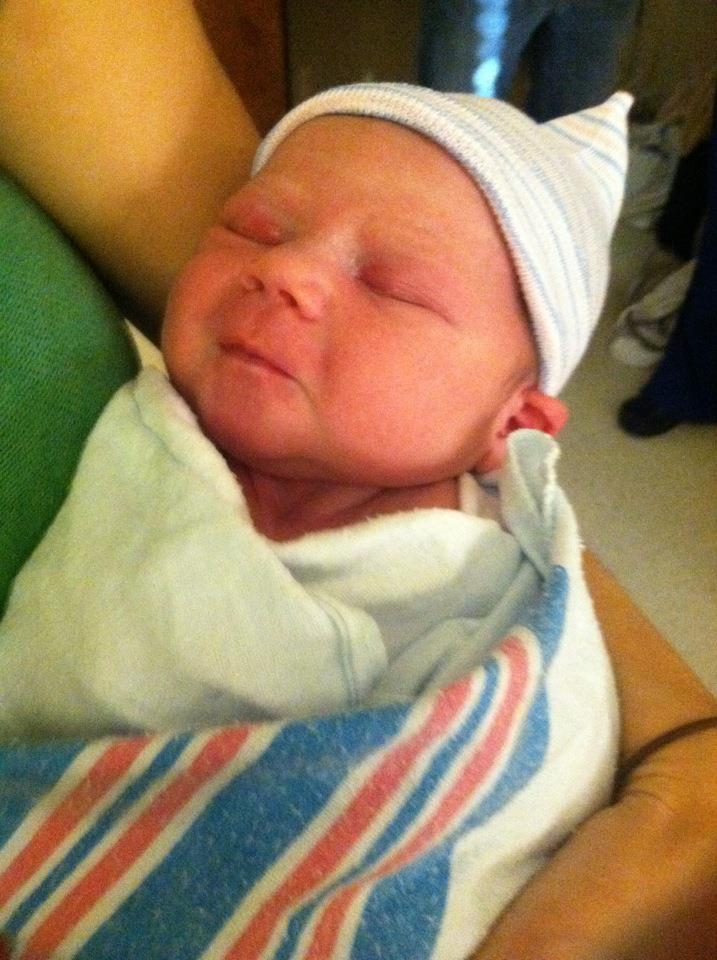 We would return to Brookwood hospital several months later for emergency surgery as Gwen’s life hung delicately in the balance for the third time in a few short months. It was difficult and painful, yet God continued to give us hope.

Each night as I walked from Gwen’s bedside to the hospital parking deck alone in the dark, I was filled with thoughts of uncertainty and fear of losing Gwen—the love of my heart.

Yesterday, November 8th, 2011, I walked again out of the same hospital toward the parking deck after spending more than 20 straight hours in the corridors, waiting rooms and patient rooms of that institution. But yesterday was different. Yesterday instead of sitting beside Gwen’s hospital bed holding her hand as I watched her slip away from me, I sat by my daughter Wendy’s hospital bed as she handed me my first grandson. I held him in my arms as he slept with a tiny pout on his innocent face, and though I felt the pang of not having Gwen here for this precious event, the joy filling that room was incredible.

Each day is a new day for me since I lost Gwen three years ago. Some days are better than others, some days feel overwhelming just to get through, but yesterday was a good day, a day filled with my children—a day filled with hope and new life. Today is filled with healing. His name is Lawson Thomas Ray.